Lagosians boo Tinubu, call him a thief at APC secretariat 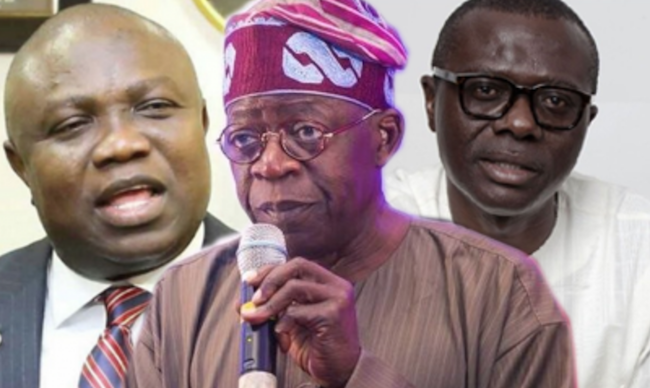 Femi Fani-Kayode, the former aviation minister during ex-president, Goodluck Jonathan tenure, has taken to Social Media to share what happened during the National Leader of APC, Bola Tinubu visit to APC Secretariat yesterday.

According to FFK, APC leader, Tinubu was humiliated as chants of Governor Akinwumi Ambode rented the air and others kept shouting ‘ BolaTinubu ole..’. In fact, Tinubu had to flee in shame.

“Bola Tinubu was booed as he approached the APC Secretariat at Acme road in Lagos earlier today. Shouts of “Ambode!” rent the air and “Bola Tinubu ole!”. Jagaban had to beat a hasty retreat and was forced to leave the place in utter shame and disgrace. How are the mighty fallen!”