Check out Roberts Mugabe’s alleged coffin that has computer, Internet and he can’t decay in 10 years (Photos) 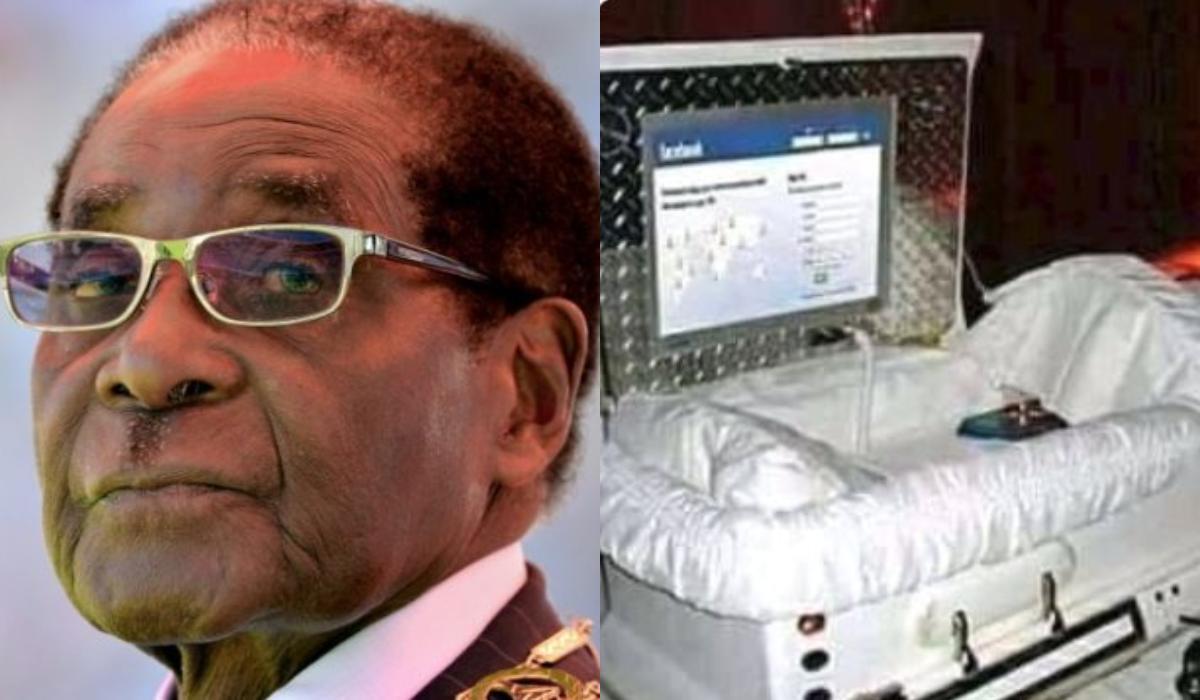 Check out Roberts Mugabe's coffin that has AC, computer, Internet and he can't decay in 10 years

A few days ago, there were thousands of posts shared about Robert Mugabe’s coffin being computerized with camera and internet access, tagging it “17 billion casket” which have now been proven false and fake news.

The pictures shared which claimed to be the late president of Zimbabwe Robert Mugabe’s “17 billion coffin” are actually false/fake, they were pictures found online as early as 2007 of a rather unusual computer case, made in the form of a coffin.

The fake posts that were making the rounds claimed the “17billion worth of Robert Mugabe’s casket has been computerized in such a way that after his interment, his family can watch his remains through their phone devices”.

The post that was shared on the 11th of September claiming the coffin was computerized quickly went viral after it was shared. It reads;

“According to the London Casket makers that supplied the casket, the facilities in it will protect his remains from decomposing for the next ten years…this however implies that, apart from relating with his family, any member of his family that wishes to watch his remains in the tomb will have to access same via his or her phone devices.” 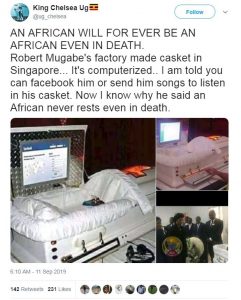 This is however true as pictures from his funeral proves the pictures were fake. See other posts showing the accurate picture of his coffin below. 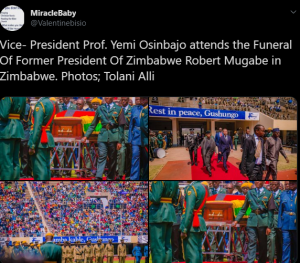