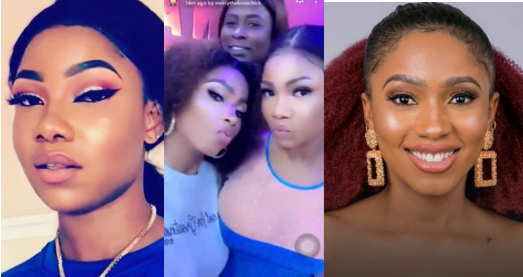 Former BBNaija housemates, Mercy, Tacha hangout together alongside fellow former housemate, Ella for the first time since the Reality TV show ended. Even though Tacha was disqualified after a fight with Mercy in the Big Brother Nigeria 2019 pepper dem house, they seem to have buried the hatchet and made up. This will come as a good news to most of their fans.

From ENEMIES to best friends, Tacha and Mercy reconcile beef and chill together #mercy #tacha #bbnaija

Could this video be some sort of publicity stunt, because Tacha does not look convincingly happy in the video.

Mercy seems to be acting her part well, except if it is not, then she should be wary of Tacha. That don’t seem like a friend right there. What is your take on this? Join the discussion below…..