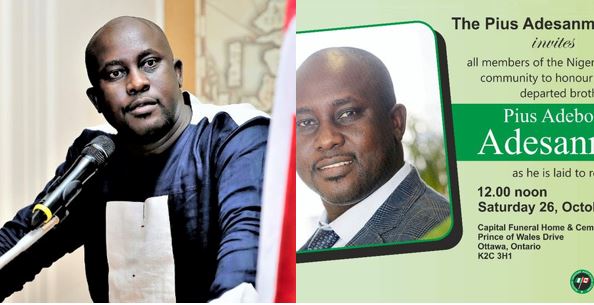 The remains of renowned Nigerian-born Canadian professor, writer, literary critic, satirist, and columnist, Pius Adesanmi, will be laid to rest in Ottawa, Canada today Saturday October 26th. Adesanmi was among the 157 persons who died in the ill fated Ethiopian airline crash on March 10th of this year.

From 2002 to 2005, he was Assistant Professor of Comparative Literature at the Pennsylvania State University, United States. In 2006, he joined Carleton University in Ottawa, Canada, as a professor of Literature and African Studies.

He was the director of the university’s Institute of African Studies until his death.

He is survived by his wife, Olumuyiwa, and daughter, Tise.