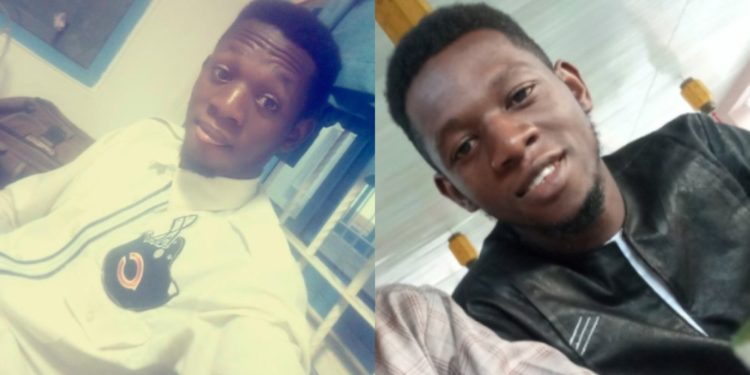 Reports reaching us this morning have it that a young Nigerian graduate named Ogundulu Olamide David who just secured an employment at a building firm has been falsely arrested after the Lagos State Joint Police task force raided the site he was working on,

According to social media witnesses, Olamide who just resumed at his new place of work as a quantity surveyor was directed to go work on a site located at Ajah area of Lagos state. The task force came in and made a total swoop of everyone on the premises of the property being developed and accused them of being land grabbers developing a Government property. Read the full account below: 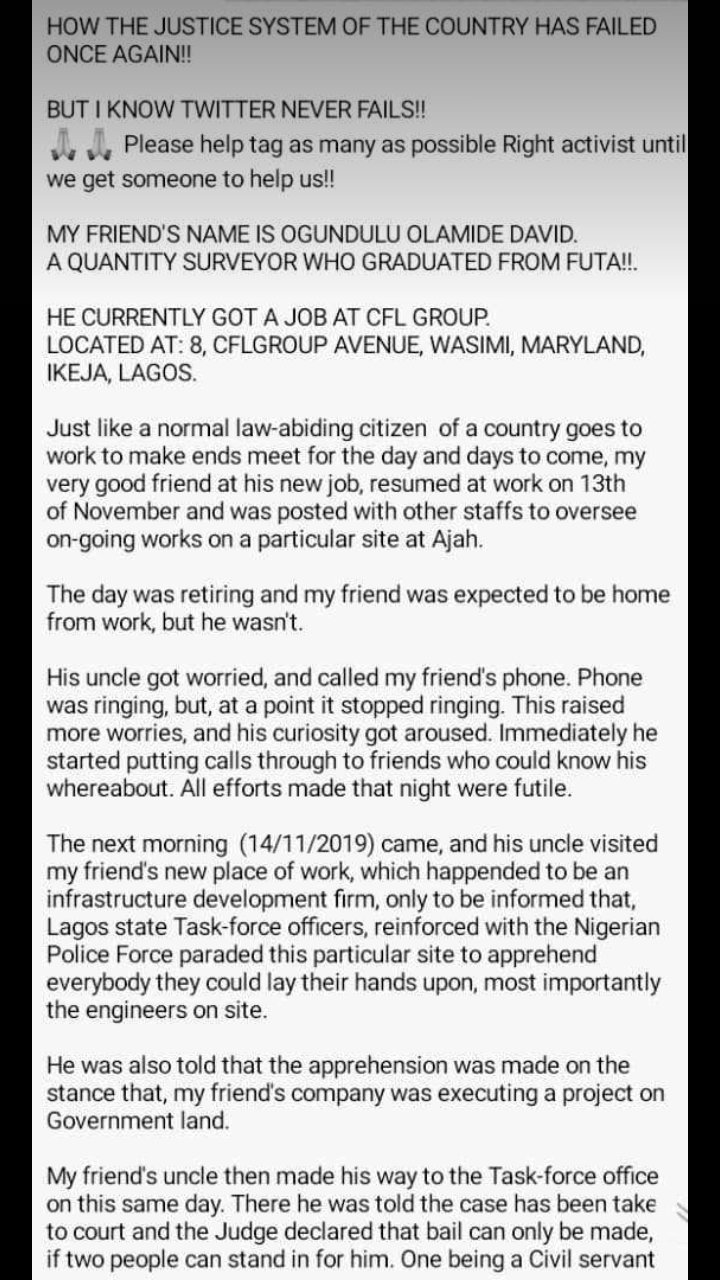 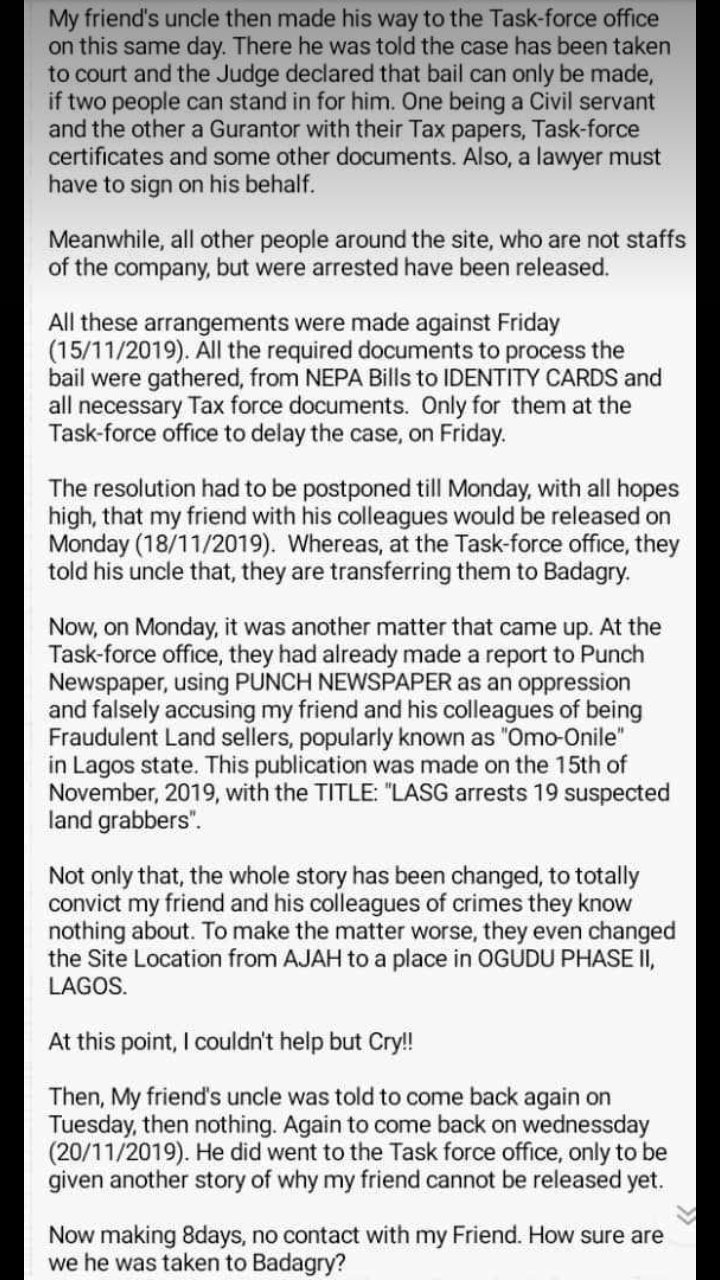