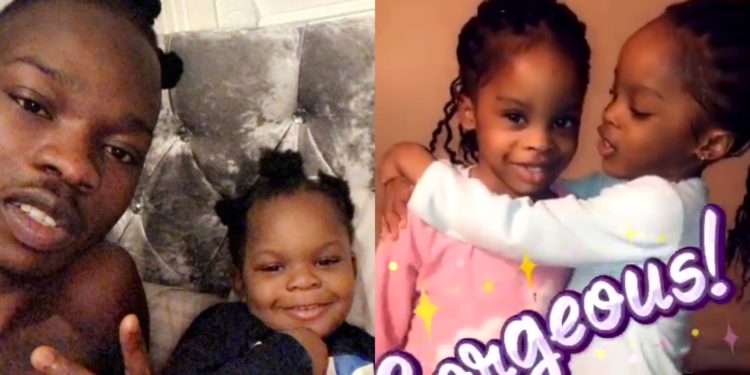 Nigerian singer, Azeez Fashola popularly known as Naira Marley has melted the hearts of Social Media users after sharing a video of his beautiful and identical twin daughters. Naira Marley is reported to be married to a UK based Nigerian woman and their union is blessed with four kids, of which two are twins.

The dotting father took to his Twitter page to tweet that he is a proud father to beautiful set of twins. The two girls could be seen teasing each other as they were recorded by their father. Few weeks ago, Naira Marley also took to his Social Media pages to celebrate his first son who turned 4years old. For someone who is so controversial, he has quite a lovely family man. Watch video below:

, Naira marley has celebrated his son Jojo as he turns a year older today. The ‘Bad Influence’ singer shared a heartwarming message celebrating the 4th birthday of his son who seems to be based in the United Kingdom.