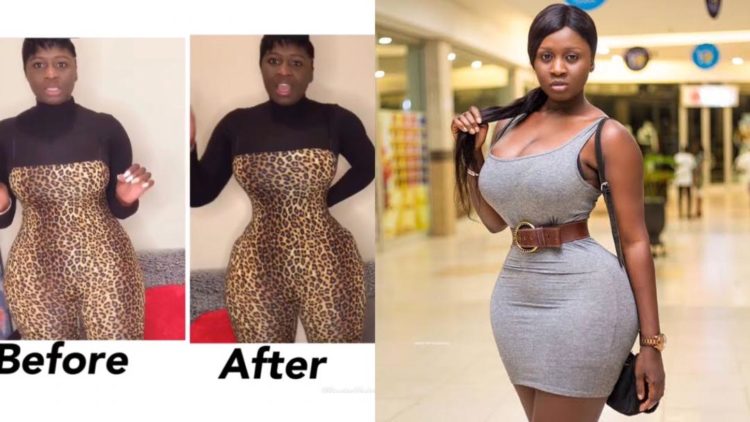 Ghana based Gambian Actress, Princess Shyngle has revealed what her actual stomach looks like when she is not wearing the girdles and waist trainers. At one point in time, everyone has had to argue over the exceptionally tiny waist of Princess Shyngle…Theories went around at some point that she had her ribs removed to attain such lovely figure… The cat is out of the bag now.

Princess Shyngle who appeared to be marketing the waist trainer she uses had to shoot a video of her before and after wearing the waist trainer. She can also be seen still rocking the engagement ring she got from her fiance who she announced to have broken with on the grounds pf infidelity and fraud.

READ ALSO: Lekki runs girl reveals how she sleeps with her landlord to pay her N1.3million rent 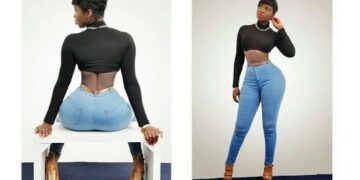