Check out photos from the Abuja Bank robbery attempt 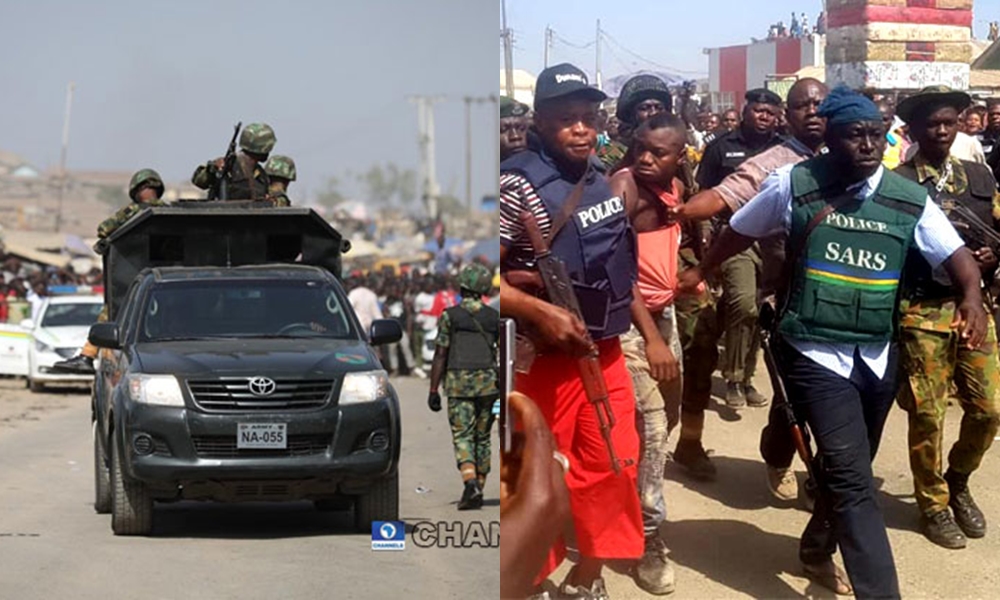 A group of armed robbers met their doom today after attacking a branch of first bank of Nigeria located at Mpape in Abuja, the Federal Capital Territory of Nigeria.

According to reports, the robbers were trapped in the bank for about four hours, following the arrival of security operatives who surrounded the building. Eyewitnesses, according to PUNCH said when the robbers refused to surrender or come out of the bank, the police operatives stormed the hall, killing one of the gang members in the process.

The FCT Commissioner of Police, Bala Ciroma, confirmed the incident to Punch correspondent.

He stated, “It is a foiled bank robbery; We stopped the robbers from raiding the bank. Four men were arrested while a suspect was killed.
“Investigation has commenced to determine how they entered the bank and other things.” A huge crowd thronged the scene as the news of the robbery spread, causing serious traffic gridlock on the narrow road that leads into the community which is located on a hill. Here are photos from the scene courtesy Olatunji Obasa of Punchng.com and Channelstv.com; Watch a video after security operatives foiled the siege;

They got them. Weldone. pic.twitter.com/gDO7pnBbFq

American rapper, Future arrives in Lagos ahead of his show (Video)