A Nigerian lady has taken to Twitter to share photo of a mattress on the floor without a wooden frame and she advised ladies not to date a guy whose mattress is on the floor because it means he’s not ready for marriage or man enough.

The tweet of course caused a little controversy as different people tussled to get their opinions heard  The tweet led to a debate and PR consultant Tolulope Olorundero posted her opinion formed from her personal experience.

She wrote: “Started married life with 1 student-size orthopedic mattress. But it was ours. In our own space. If you choose to stay with a guy that’s same age/graduated together/started working same time… You most likely will have to build together, except he comes from a wealthy home.” 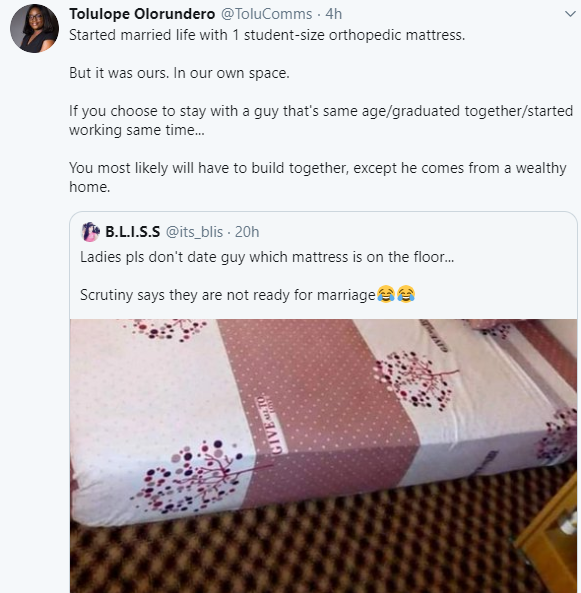 She added: “Lolzz! Who makes all these silly rules sef? So, your boyfriend finished Uni a year ahead of you. 2 years later, you’re talking about marriage and you say he should not throw mattress on the floor. Do you want him to go and steal?!” 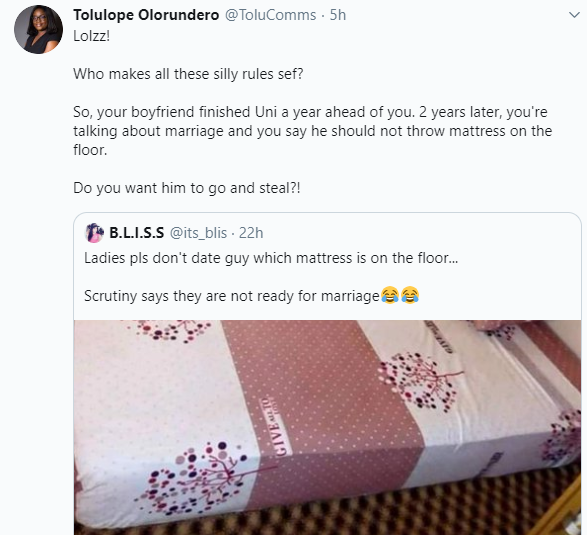