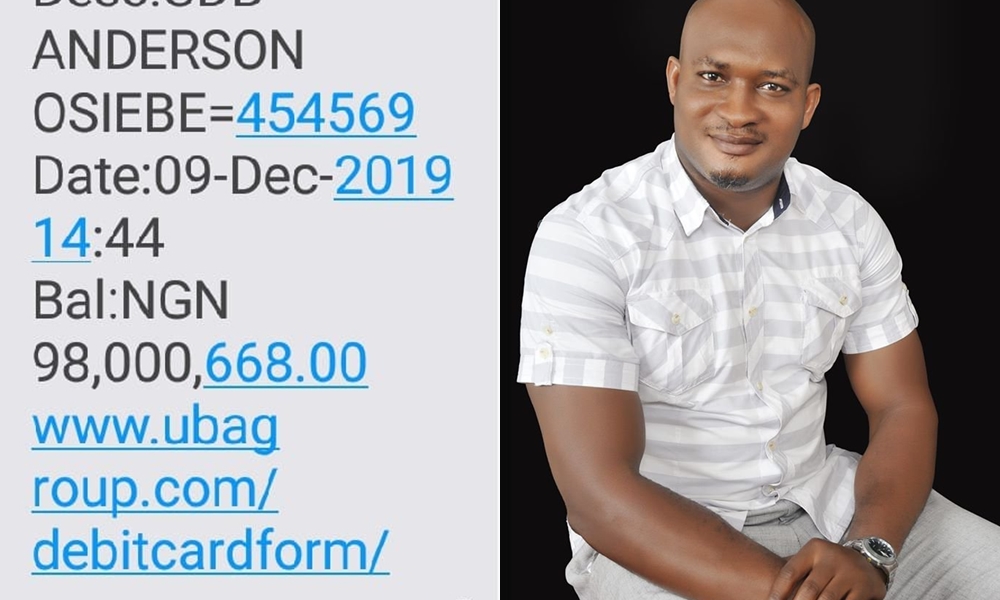 An honest Nigerian man recently returned N98 million that was mistakenly transferred to his bank account.

The man identified as Sunny Anderson who is a publisher shared the news on social media and appreciated God for giving him the grace to do the right thing.

According to him, the money was mistakenly transferred by a company based in Abuja.

Nigerian man who prayed for a daughter welcomes twin girls

“Today, God gave me the grace to return the sum of N98,000,000 (Ninety-Eight Million Naira) that was mistakenly transferred into my Acct by a company based in Abuja.

God will never allow us take what belongs to someone else, no matter our level of LACK” In an exclusive interview with The News Guru, Osiebe revealed that he has known the company for about four years.

He also disclosed that as at the time the large sum of money was paid into his bank account, they still owed him for the last job he executed for them.

Osibe said: “On Friday I got an alert on my phone, I didn’t know it’s N98milion. This very company, I have known them for like over four years now. They were owing me for the last job I did. When I got the alert, I thought it was the money they owed me that they paid”.

The man further narrated how a rep of the company had called him about the error, and how he had gone to pay back the sum of N98000 to the company.

He said after making the payment, he was told that it was the sum of N98 million that was credited into his account and not the N98,000 that he paid back.

Osiebe said he returned to the bank for confirmation, and that was when he realized the amount that was paid into his account. He, however, initiated a transaction to return the rest of the money.

“I followed them to the bank and it was there I confirmed that it was actually N98million. Because I am a man of integrity, I didn’t want to start arguing with them. So I when I confirmed, I decided that I was going to transfer the money back to them.

“My bank told me I can’t transfer the money at that moment(Yesterday). So this morning(Tuesday),I went to the bank and did the transfer. The company confirmed receiving the 98 million mistakenly paid into my account,” he said.

Audio Speaker: Tonto Dikeh busted for being a guest speaker to empty seats in Dubai (Photos)