American Rapper, Snoop Dogg took to his Instagram to share a post addressing gossips, using a photo of BBNaija’s Diane as a visual case study. Nigerians quickly recognised Daine as the photo showed her drooling back in the Big Brother Naija

The photo had a caption insinuating how people who spend most of their time gossiping end up sleeping with a protruding mouth.

Many people believe Snoop didn’t mean any harm by using that Meme as he doesn’t know who Diane Russet.

“I dont think Diane should be offended over Snoop’s post, all he did was use a photo of her in an unconscious state as a case study to address gossips, Afterall, We all know the Diane of BBNaija Pepperdem” A twitter user said, using laugh emoji at the end of the post. 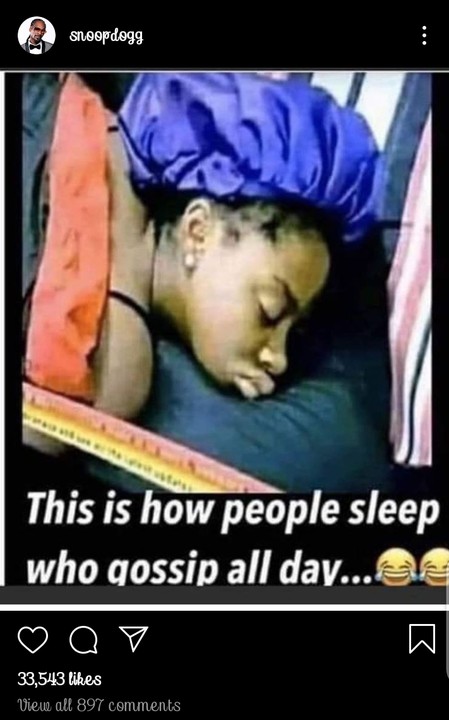 12 Celebs linked to high profile murder cases – You’ll be surprised to see this! (With Pictures)

12 Celebrities you didn’t know are from the same family – this will shock many! (With Pictures)