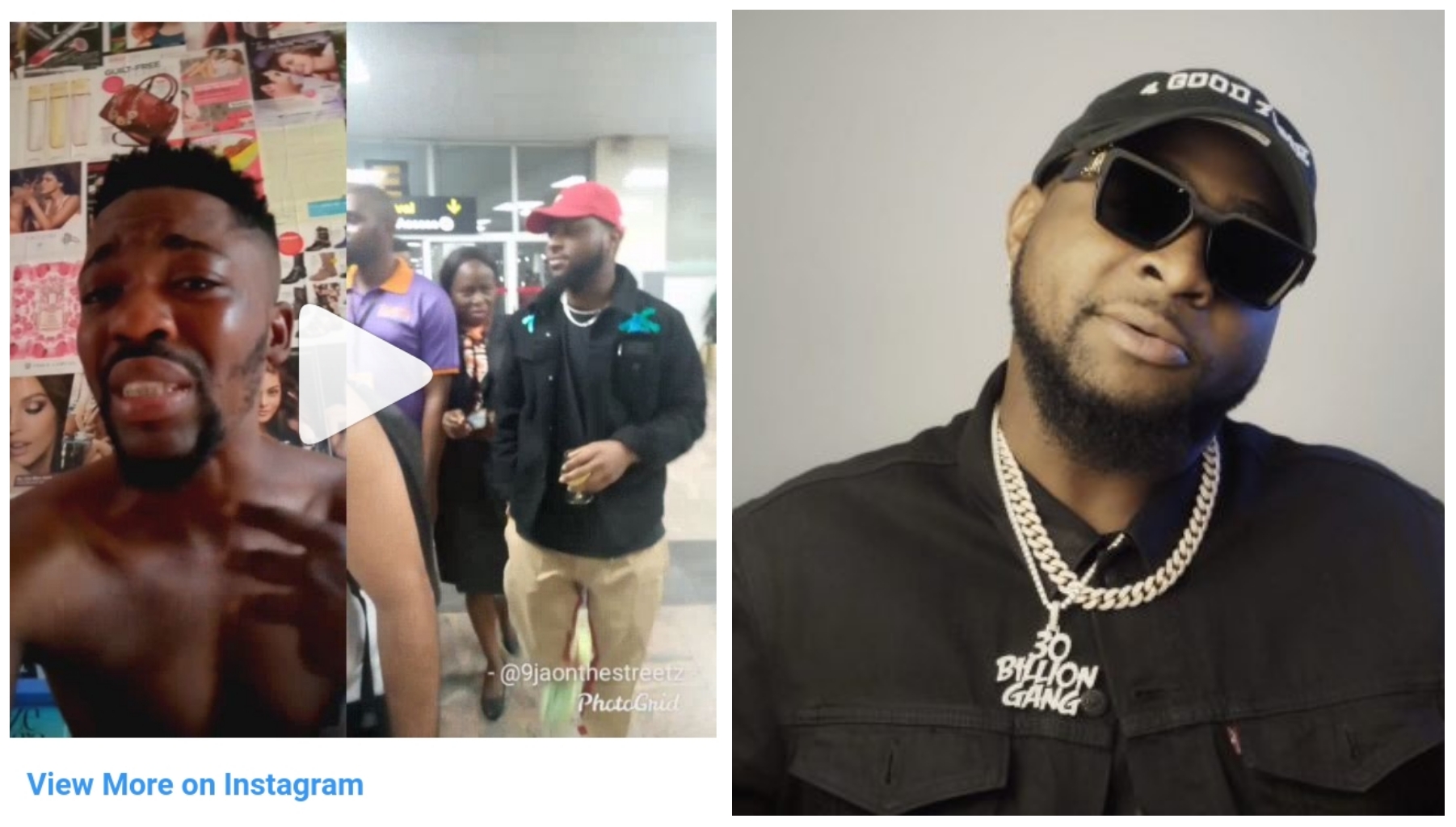 A disappointed Nigerian fan of DMW label boss, Davido has called out the singer for slapping him in a video that has gone viral on social media.

According to the fan the sad event took place on February 14th at the Murtala Mohammed International Airport.

He said, “With @davidoofficial and he’s groosy responsibility was walking down the aisle of airport. With so much enthusiasm in me and fans with persaby was taking pictures with him; I was amazed to see him and wanted to say HI and take a picture with him. But see what I got??? A heavy SPANK, a heavy SLAP. And for some days now I haven’t been my self been nursing pains…”

A video that captured the moment was also shared by the aggrieved fan.