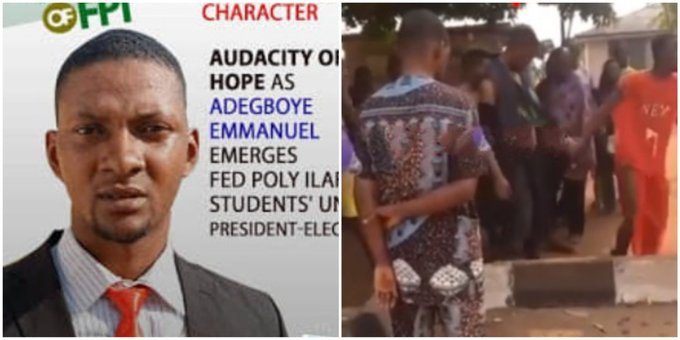 Recall the reports that the SUG President of Federal Polytechnic Ilaro, Adegboye Olatunji was arrested in a cult meeting alongside an accomplice Olanrewaju Taiwo, a latest report has disclosed the institution management has suspended Olatunji indefinitely. Reacting to the arrest, the institution’s Deputy Registrar Public Relations, Sola Abiola announced that the arrested SUG President has been suspended indefinitely over his alleged involvement in cultism. Sola Abiola said;

“The suspension of Mr Adegboye is in line with the Act establishing the Polytechnic and the provision of the Students Handbook coupled with the Polytechnic’s zero tolerance to cultism, pending his appearance before the Students Disciplinary Committee to establish his culpability or otherwise”