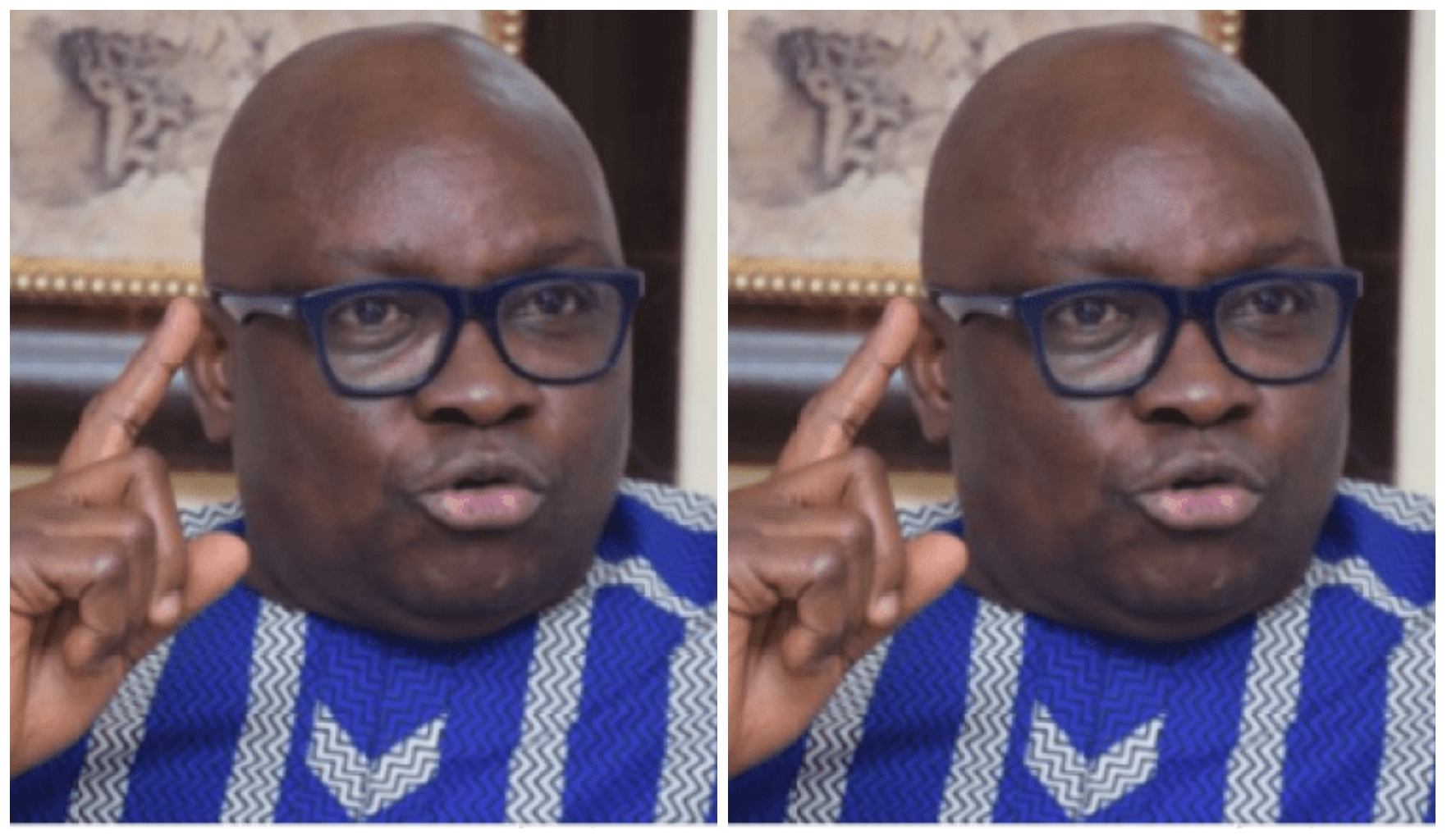 Contrary to insinuations making the rounds, former Governor of Ekiti State, Mr Ayodele Fayose has said he has no intention of leaving the People’s Democratic Party (PDP) for the All Progressive Congress (APC), according to Vanguard report.

Fayose who described APC as a coronavirus infected party said that someone of his status and pedigree can never contemplate joining.

Speaking through his Media Aide, Lere Olayinka, Fayose said, “I’m presently in a meeting of major stakeholders of the PDP in Ekiti State in the house of Senator Clement Awoyelu.”

Olayinka, who admonished the APC in the State to focus its attention on its non-performing government, described the report of Fayose’s threat to join APC should his adopted candidate for the State chairmanship of the PDP, Hon Bisi Kolawole, fails in the forthcoming State Congress as figment of the imagination of those peddling it.

“The story of Fayose’s threat to leave PDP for the APC is one of the lies from the APC factory of lies and it is even more childish that the party in Ekiti State went ahead to react to its own lies,” he said.

While saying there was nothing to attract any right-thinking politician to the APC, Olayinka asked; “is it the killings and kidnappings going on across the country? Is it the pariah State that Nigeria has become such that USA had to place the country on visa restrictions? Is it the huge debt the country has been plunged into? Or is it the directionless state of the country?
“Is it the sacking of over 3,000 workers by the non-performing APC government in Ekiti State?

“Most importantly, is it the confused state of the APC, which has made even the State Chairman of the party in Ekiti State, Mr. Paul Omotoso, to join others in calling for the removal of the National Chairman, Adams Oshiomhole?
“What is there in the APC to attract someone like Fayose, who is known for his stand in support of the masses of Nigeria that are being made to suffer more hardship by the APC government?
“They can continue to hallucinate about everything Ayodele Fayose, while he continues with his task to rebuild the PDP in Ekiti State with a view to returning to power.