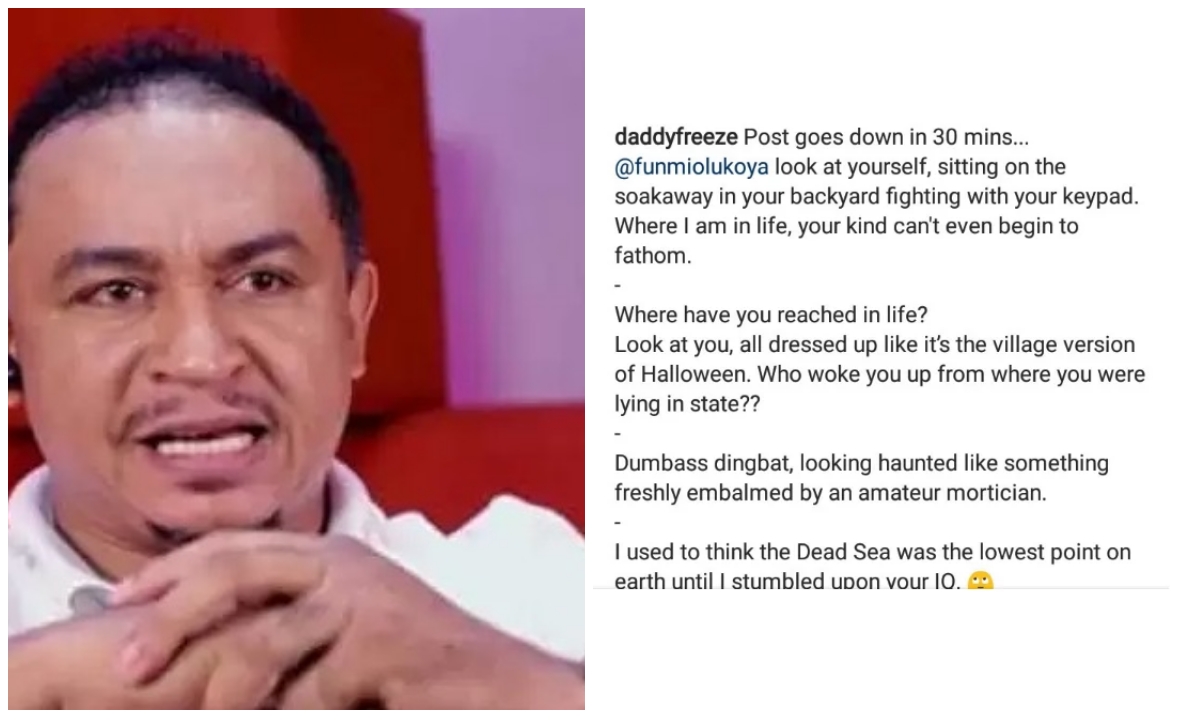 Controversial OAP, Daddy Freeze has come down hard on one of his followers that said he wouldn’t go far.

The follower called Freeze out and told him he won’t go far in life.

“You are the problem of yourself, that is why you cannot go far beyond this stage of life,” the follower wrote.

Save your tithe to fund ‘Plan B’ – Daddy…

I Have An Issue With Pastors Using Armed Bodyguards –…

Daddy Freeze, who is known not to let things like that slide, fired back at the follower as he shared her photos saying; “where he is in life, she can’t fathom.” He wrote:

“@funmiolukoya look at yourself, sitting on the soakaway in your backyard fighting with your keypad. Where I am in life, your kind can’t even begin to fathom.Where have you reached in life? Look at you, all dressed up like it’s the village version of Halloween.

“Who woke you up from where you were lying in state??Dumbass dingbat, looking haunted like something freshly embalmed by an amateur mortician.I used to think the Dead Sea was the lowest point on earth until I stumbled upon your IQ.”