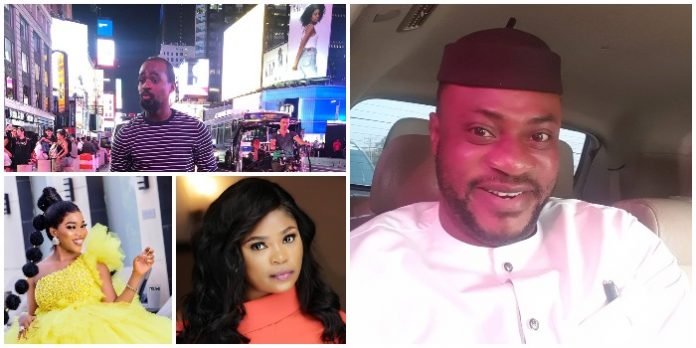 Odunlade Adekola (born 31 December 1978) is a Nigerian actor, singer, film-maker, producer and director, born and raised in Abeokuta, Ogun State, but from Otun Ekiti, Ekiti State. He gained popularity with his lead role in Ishola Durojaye’s 2003 movie and ever since he has not only become a household name but through him, stars were born.

Today we will be taking a look at a few Nollywood acts Odun taught the ropes and ensured they achieve some degree of fame and stardom. Check out the list below: Tunde Owokoniran always proudly called Odunlade Adekola his mentor because Adekola is the one that make him known to the world.

Adekola met him in Mushin during his visitation to a meeting and Tunde explain to him how he have interest in yoruba movie, Odunlade Adekola gave him the opportunity and also allow him to stay in with him in Abeokuta,now Tunde Owokoniran is a big boy in Industry even if he has left for USA his name it still sound nice.

Bukky is one of the beautiful and popular young actress of our time.She was introduced into the industry through Odunlade Adekola,She came to limelight in Odunlade movie Sunday Dagboru,her first movie is Ila owo.

This is not new news for anyone because Eniola always prays for her boss Odunlade Adekola every time, she always says that he is the one that lets the world know her.