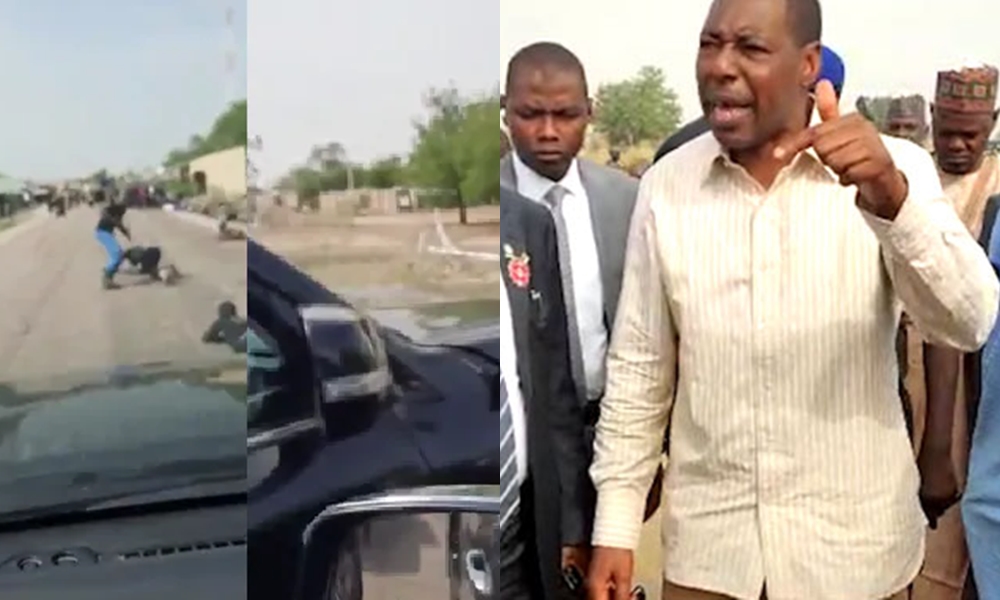 Borno State governor, Prof. Babagana Zulum, escaped death as his convoy was attacked by suspected Boko Haram terrorists on the way to Baga in the northern part of the state.

Governor Zulum reportedly left Maiduguri, the state capital on Monday to an undisclosed destination in the state as has become his tradition to personally distribute palliatives to internally displaced persons in liberated local governments.

The governor left with a large convoy with the intention to give palliatives to the IDPs so that they could celebrate the Eid-el-Kabir with food on their tables.

Boko Haram releases footage of the execution of captured…

A security source told our correspondent that the governor’s convoy ran into an ambush on Baga road on Wednesday evening.

Fortunately, the governor was unhurt as soldiers and police officers guarding him repelled the assault.

Man chains wife to a pillar for 10 hours in Ebonyi