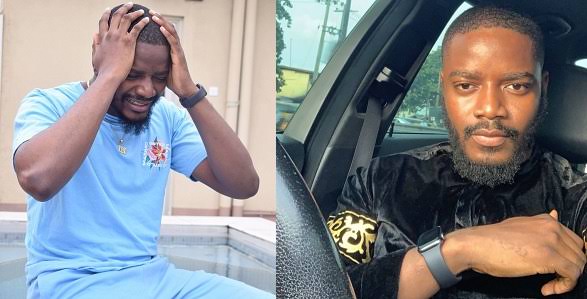 Former Big Brother Naija housemate, Leo DaSilva has recounted how he was a victim of a sad event which took place while he was driving in Lagos.

The model and former reality TV star took to his Twitter handle recently to share how he was hit by a soldier man with a bike, causing his bumper to fall. He shared that when he reversed to retrieve the part of his car, another car driver stopped and stole the bumper.

A quite disappointed Leo prayed for the bumper-thief, saying he hopes what he stole will solve his problems in life.

Coronavirus pandemic has really revealed the countries that…

This Lagos is just a jungle, soldier and his bike hit my bumper.
Bumper fell on the road.
As I was reversing to pick it, another Camry stopped and stole the bumper. I just hope the bumper will solve that guys problem in life. 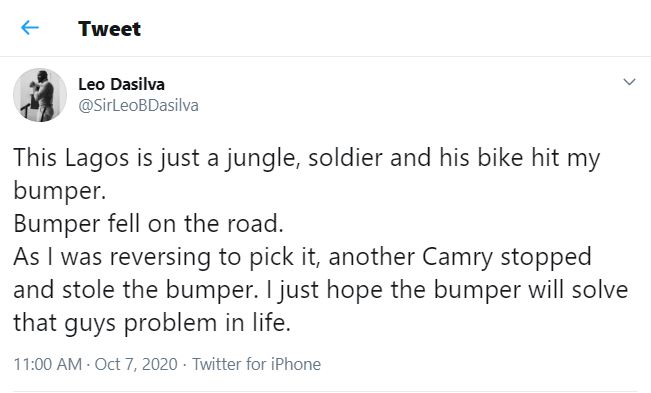