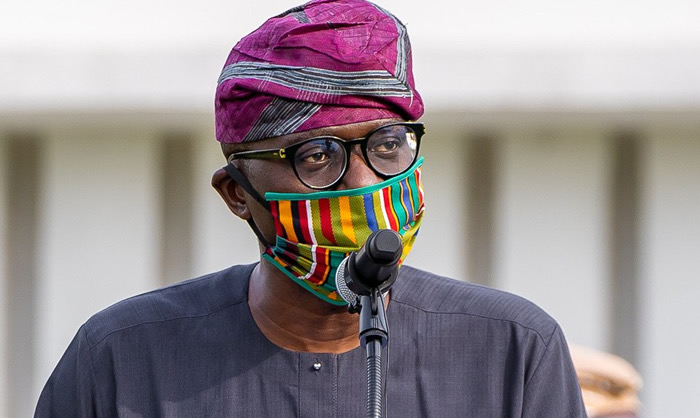 According to multiple reports, the police officers attached to the Surulere Anti Kidnap unit shot at peaceful protesters and allegedly claimed two lives including an officer.

The killed civilian was subsequently identified as 55-year-old Ikechukwu Iloamauzor.

Covid-19: What we are seeing is child’s play compared to…

Iloamauzor was allegedly killed by a stray bullet during Monday’s #EndSARS protest in Surulere, Lagos.

The governor noted that four officers have been arrested in connection with the incident.

He identified the policemen as two inspectors and two sergeants.

The governor said, “Also, to mention that Lagos State is taking the issue of police misconduct very seriously, earlier this week, we all recall the incident that happened at the Area C command in Surulere.

“All the four officers have been identified and are going through an orderly trial.

All the four erring officers whose name I will also mention have also been apprehended and are going through an orderly trial. They are Inspector Bagou Michael, Inspector Ekpoudom Etop, – Sergent Nnamdi Madura, and Sergent Akinyemi Benson.

“We have also set up a panel to look into all cases of police brutality and fatality and have set up a N200m compensation fund. Once again, I apologise to any protester that has faced brutality during any of the protests days.

There were express instructions to Police in Lagos to cooperate with protesters and in situations where arrests are unavoidable, there must be full transparency and upholding of their legal rights.

“If there is anyone still in custody, please bring it to my notice. Today’s unfortunate incident of thuggery is being investigated and we will bring to book those behind it.

“Even as we affirm the constitutional rights of all protesters to peacefully make your grievances known, it is also our duty as a government to ensure that the exercise of a set of rights by one group of people does not in any way constrain the rights of any other group of people.”