“We will not shut up or respect you” – Actress Beverly Naya slams Lagos lawmaker, Moji Alli-Macaulay 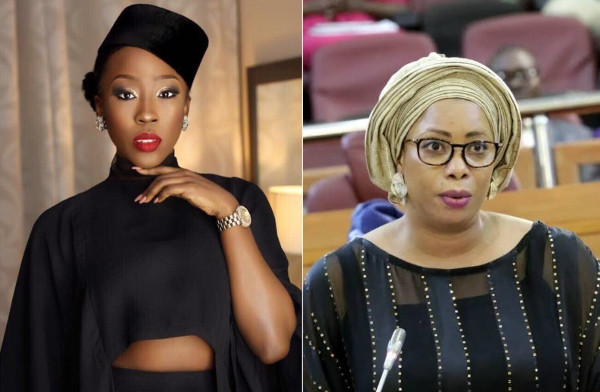 Nollywood actress, Beverly Naya has taken a swipe at Lagos lawmaker Moji Alli-Macaulay who has triggered reactions with her submission at the controversial Lagos state house of assembly plenary session.

Recall that Moji had said that most Nigerian youths are high on drugs all time. She also advised Nigerian graduates to become designers and professional tilers.

Reacting to the Lagos lawmaker’s comment, Beverly Naya stated that the “children will not shut up or respect her”, while also pointing out that “respect is earned and none of them have earned it”.

I have not purchased an official vehicle since I became…

The actress also lashed out at Moji for allegedly seeing nothing wrong with a lawyer becoming a professional tailor/ tiler due to a lack of job opportunities. She tweeted;

According to that woman, I’m high on drugs and so are you guys. It is well

We, the ‘children’ will not shut up or respect you, respect is earned and none of you have earned it!

So someone should study law for example and then become a professional tailor/ tiler due to a lack of job opportunities and she doesn’t see anything fundamentally wrong with that? What a joke! 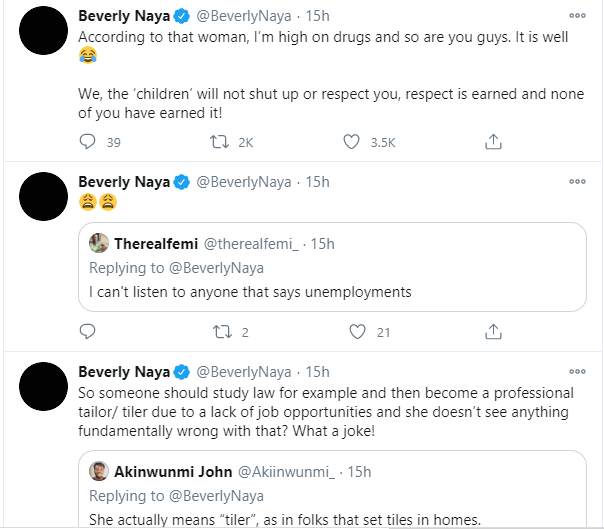 She also wondered why Lagos lawmakers are so eager to call grown people “children”. Beverly tweeted;

And why are all of them so eager to call grown people ‘children’? My understanding is that youths are between 18-35, so how is anyone in this age bracket considered a child? Just a failed attempt at devaluing our opinions and voice, we will not keep quiet. Change must happen! 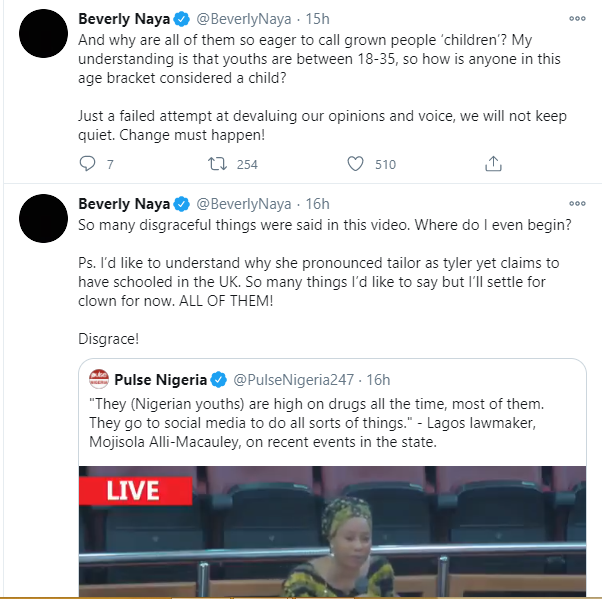 The lovely moment Instagram Comedian, Taaooma’s boyfriend proposed to her in Namibia (Video)