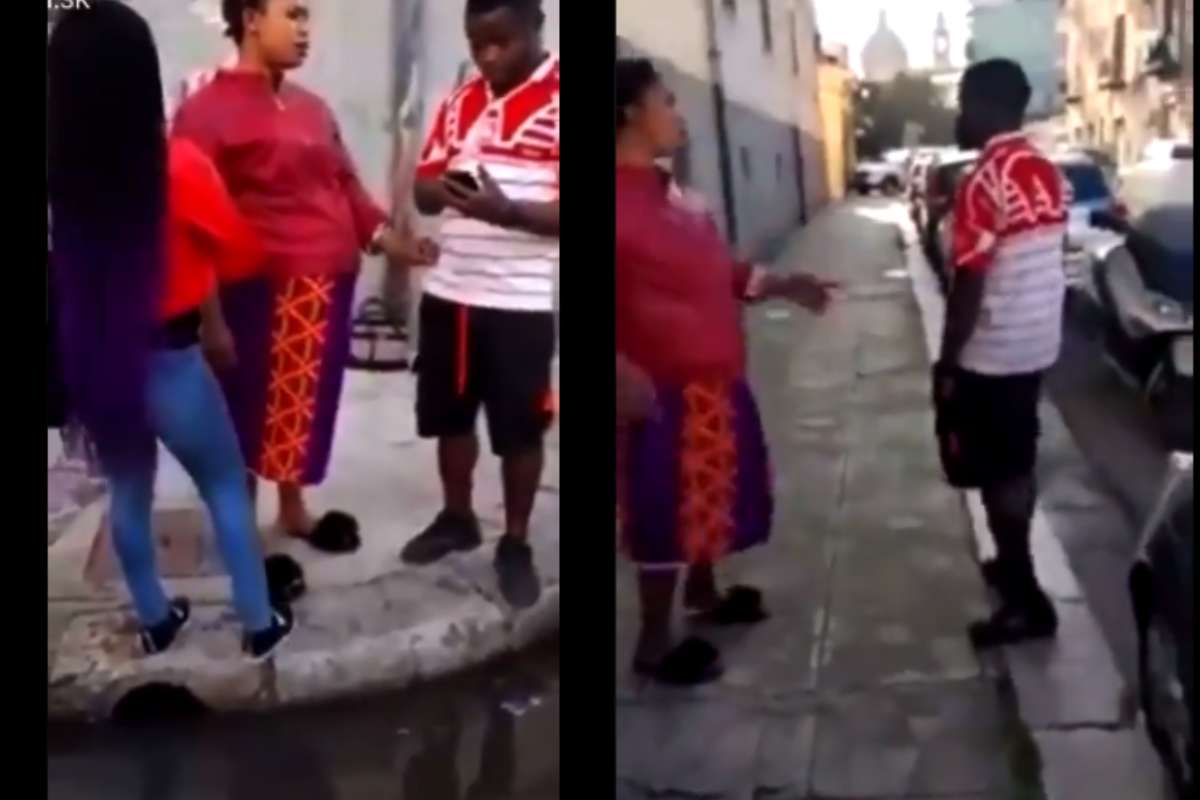 A video has gone viral on social media with a heavily pregnant Nigerian woman spotted on the streets of Europe, dragging a man for allegedly impregnating her.

Despite her staunch conviction that he is the father of the unborn child, the man strongly denied.

The unidentified woman could be seen arguing with the young man in public that he is responsible for her pregnancy.

A third party present at the scene also chips in, advising the man to accept responsibility.

He went on to threaten to call the police, as he claimed to have seen strange male trousers and underwear in his house, which is why he won’t be accepting the baby.

Teni reveals she would love to work with this veteran musician

After apologising to Cuppy, Davido’s PA, Israel sends a message to Femi Otedola