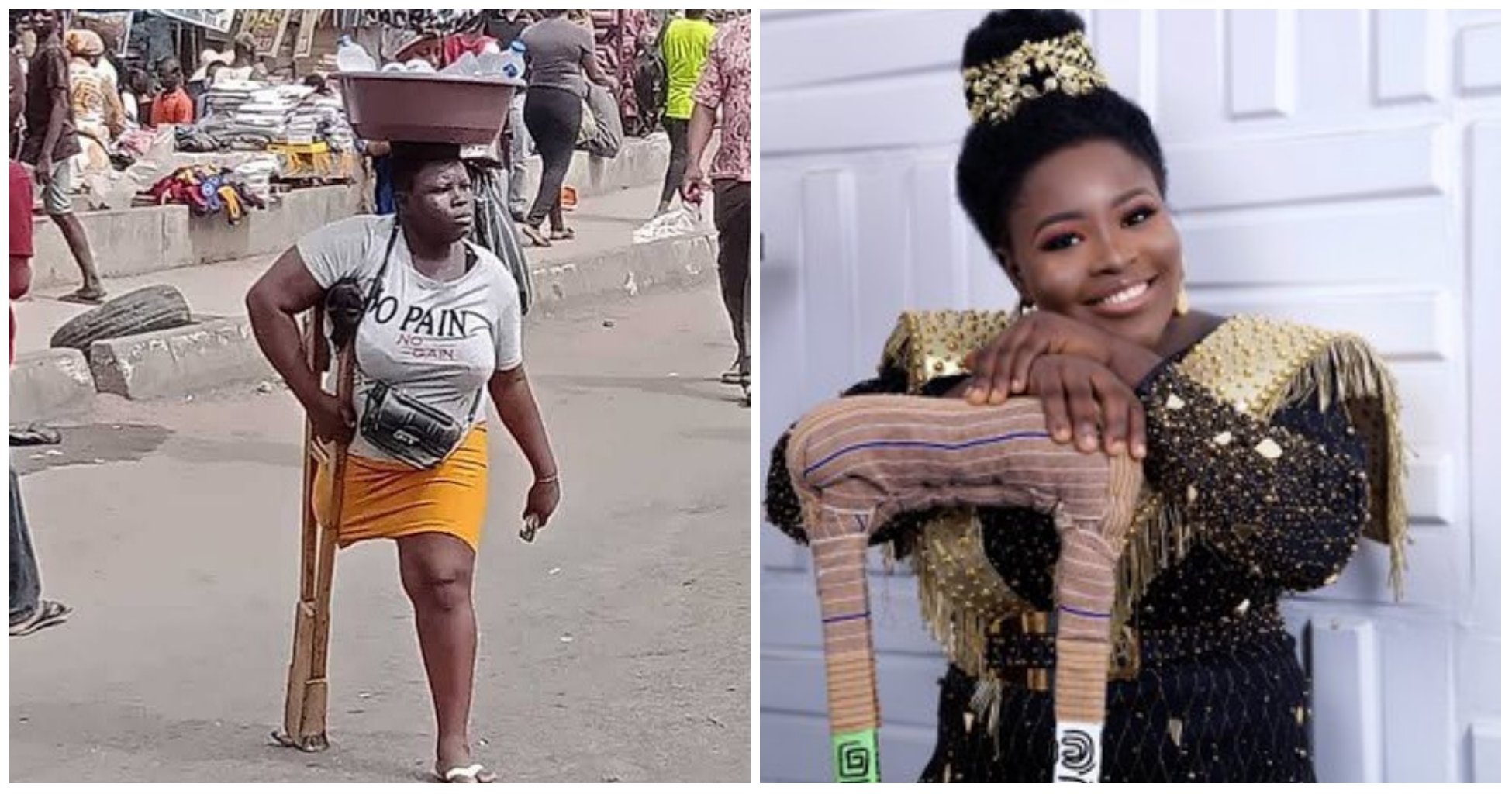 Recall that some weeks back, an amputee hawker identified as Mary Daniels went viral on social media after she was seen hawking pure water despite her disabilities.

Her action touched the hearts of many people and it made philanthropists to come to her aid.

In days, 14 million Naira was raised for the hardworking woman who wouldn’t let her condition hold her back.

“Don’t strip her of her innocence” – Reno Omokri reacts to…

Then, just last week, the Lagos State Government said it has taken over the welfare of the hawker who is also a single mother.

It was also revealed that the state government has provided temporary shelter for her.

As she celebrate, her 27th birthday today, she has transformed into a rare beauty in series of photoshoot to mark the day.