Jackie Chan to donate his $350 million fortune to charity, leaving his errant son with nothing 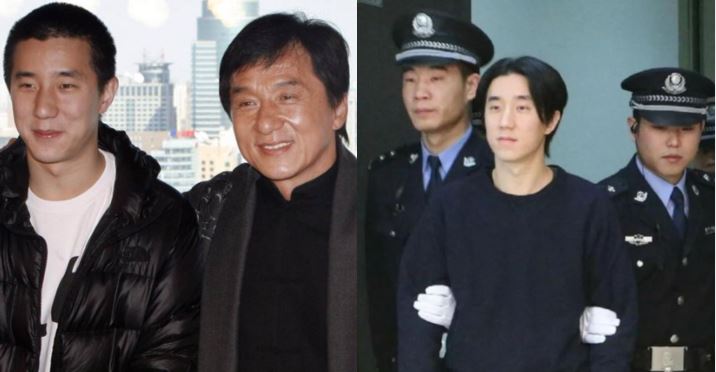 Hollywood veteran, Jackie Chan has revealed he is planning on donating his $350 million fortune to charity when he passes away and will leave nothing to his only son Jaycee.

The Rush Hour star has already decided to give away half his money to charity when he dies and speaking at an awards ceremony in 2016 he said that he was not planning on leaving his son Jaycee any of the millions of dollars he has made during his film career.

‘If he is capable, he can make his own money. If he is not, then he will just be wasting my money,’ Channel NewsAsia quotes Chan as saying.

Chan also revealed that he wished he had signed Jaycee up to join the army when he was younger to ‘temper his character’.

In 2014,  Jaycee Chan was jailed for six months in China for a drug-related offence.  According to BBC, he was detained in Summer of 2014 after a police raid on his home. He had tested positive for marijuana and was caught with 100g of the drug. His arrest was part of a wider crackdown on drug use in China.

Rumours about the death of Chan often circulates the media space with the most recent having it that the 67-year-old actor had died of a heart attack and ‘RIP Jackie Chan’ soon began trending on Twitter.

Chan was quick to dismiss the reports though and published a statement on his Facebook page assuring his fans he was alive and well.

Commenting on the rumours, Chan said: ’I am not dead, though I am so busy that I may get worked to death.

‘I wish the media would report more on public service and charity news instead of gossip. It is of much greater value.

‘Even Will Smith was fooled and mourned my passing on the Internet.’