Reactions as another queen flees Alaafin of Oyo’s palace 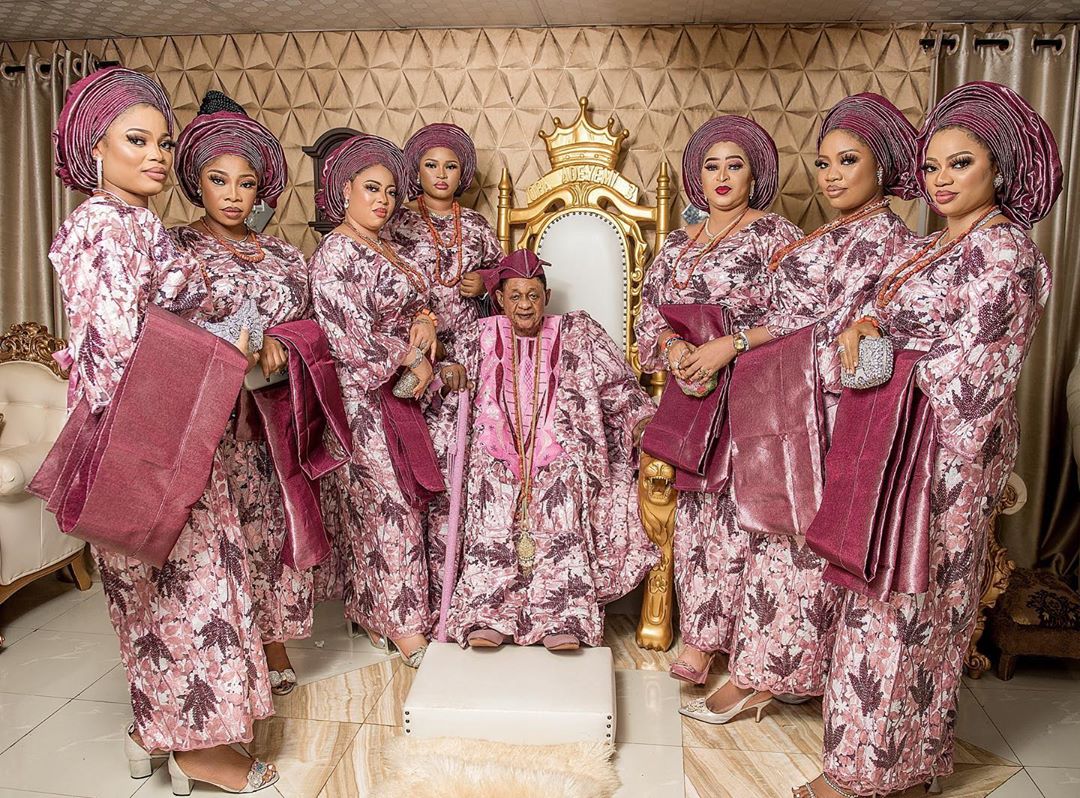 Social media users have reacted to the news that another queen has fled from Alaafin of Oyo’s palace.

According to controversial blogger, Gistlover, another queen has left the palace barely one year after 2 other queens dumped the king.

Reactions as Alaafin of Oyo’s queen turns to an online…

“Vawulence Palace: Another spanner lost as Alaafin of Oyo last wife also leaves the palace months after his two favourite queens left the palace and ran to Lagos, Details later.” 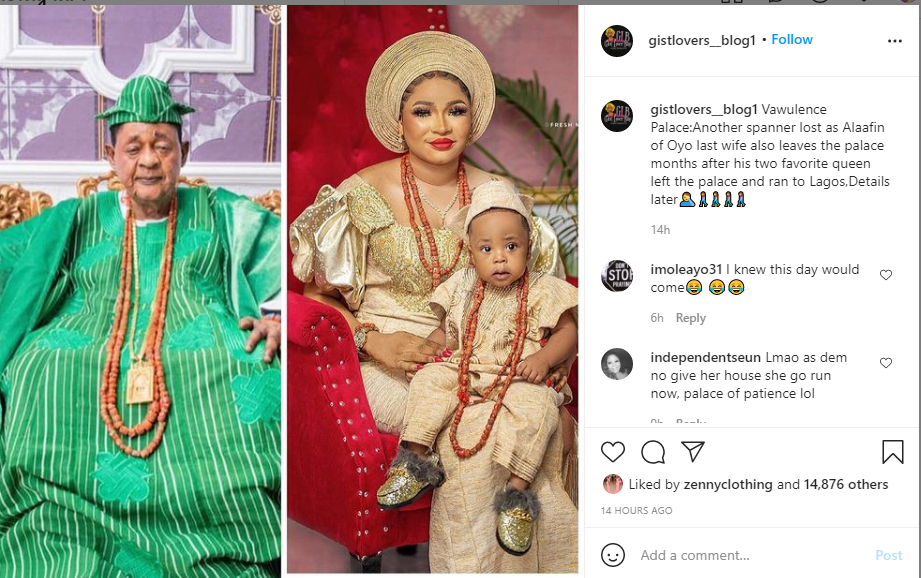 @Stella Offoma wrote, “She is not satisfied with the cucumber”

@Adekunle Adegbite wrote, “She don grab what she wants and move.”

@Kenny wrote, “When we tell you ladies to stop marrying your fathers and grandfathers mates, you won’t listen. Now see as the cute pikin don dey resemble old man. I’m sure he will start having bald head at the age of 8…watch”

@King Lady wrote, “As much as I don’t like judging People, these young and promising ladies that let their gluttonous nature dragged them to an ancestor still baffles me.”

Don’t leave your man for having too many partners, learn to share – Man advises as he marks wedding anniversary