“Wetin be this?” – Nigerians drag Boma as he receives tray of small chops, customized flask from fans 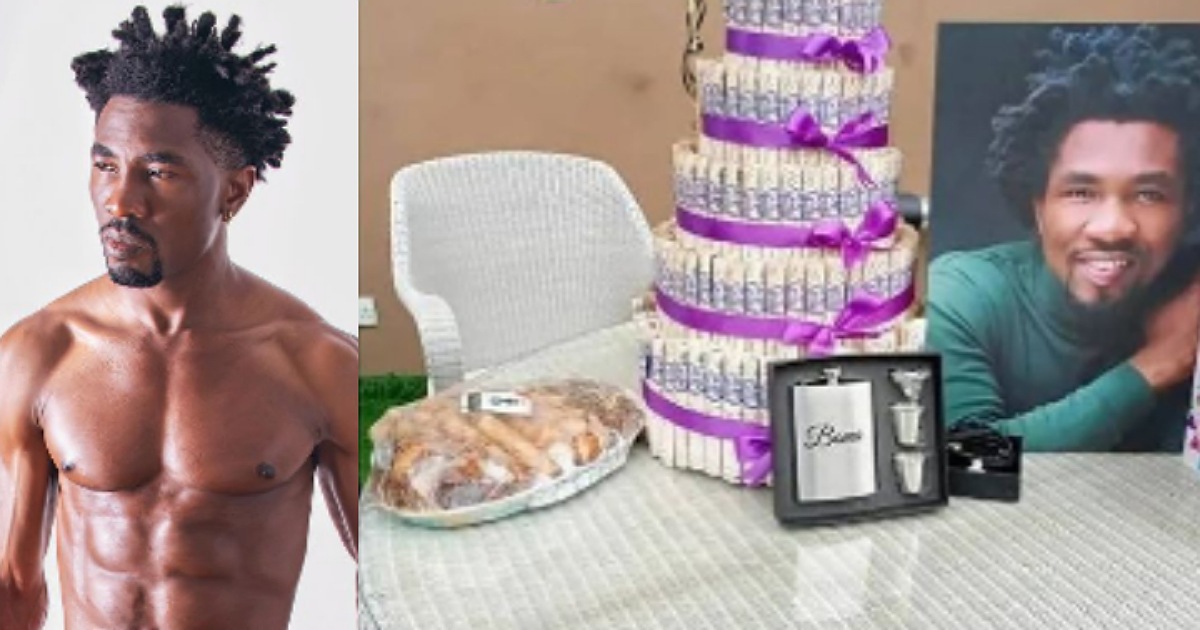 Evicted Big Brother Shine Ya Eye housemate, has been dragged on social media after his fans sent gift items to him.

In a photo making the rounds on social media, a money cake with 500 Naira notes, a bunch of balloons, a framed photo of him, customized flask with his name inscribed on it, bracelets, a congratulations card and a tray of small chops were spotted.

Apparently, this was a gift from his core fans after he left the Big Brother Naija house the same day with his love interest, Tega.

Reacting to this, some Nigerians dragged him on social media for receiving a ‘small gift’ compared to what the previous housemates have received from their fans.

This display of love for housemates of BBNaija has become regular among fans and viewers of the show.