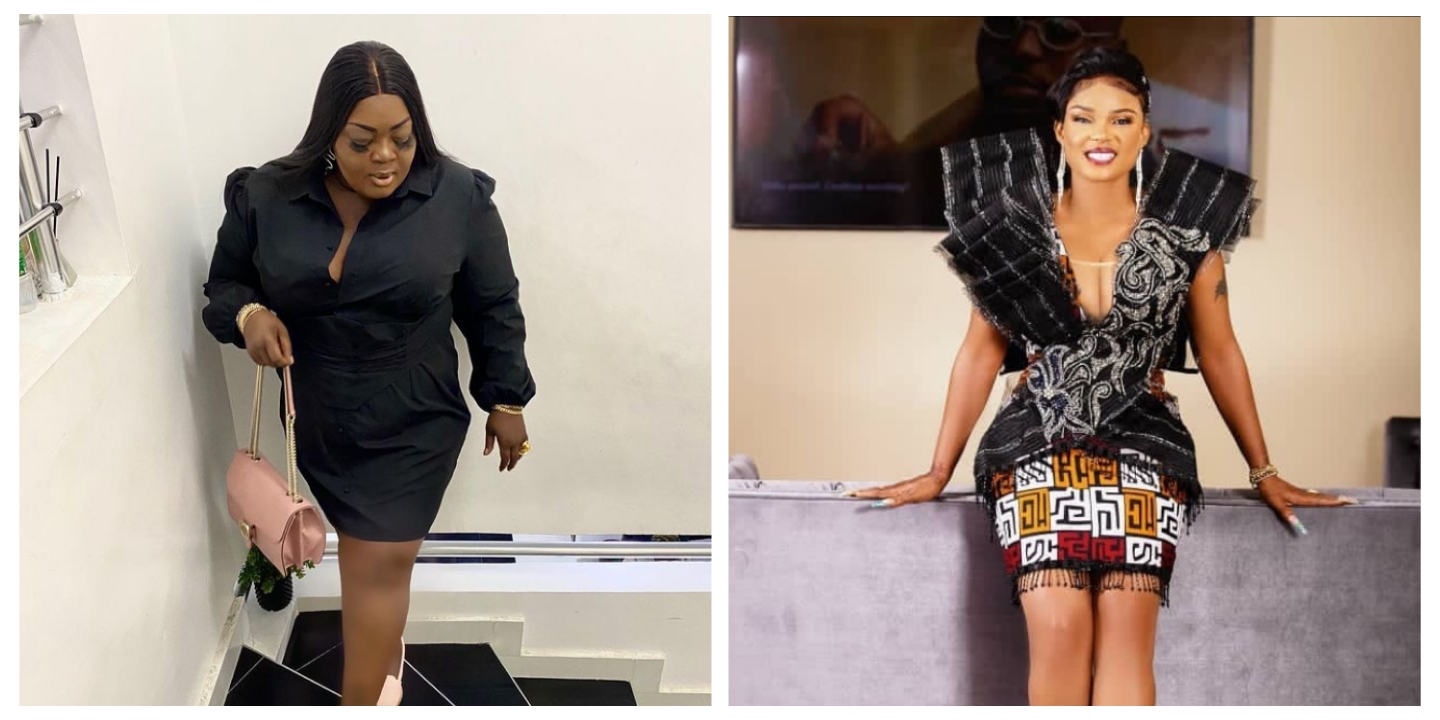 Star actress and film producer, Eniola Badmus, is set to celebrate her 20 years in Nollywood with a socialite party.

The talented actress is set to celebrate her 20 years on stage with a big party and a book launch.

‘Since I didn’t have money to buy Christmas tree, I…

“I had a gastric bypass surgery”, Eniola Badmus…

There has been speculations that she has a feud with her colleague, Iyabo Ojo. She has however cleared the air on this.

In an interview with “The Will”, Eniola Badmus debunked claims that she has feud with her colleague, Iyabo Ojo. When asked about a recent social media outburst she made about Iyabo Ojo, she said:

“That is quite recent. I am talking about some years ago. We have been together for a very long time.I don’t have issues with anyone. If you have issues with me, then you have a problem. Iyabo Ojo is one of the people I can point to and say I have people in the industry”.

While speaking Eniola Badmus revealed that the closest person to her in the film industry is Funke Akindele. According to her there are levels to friendship.

“When you say friends, maybe your definition of friendship is not my definition of friendship. I have friends. There are people that I exchange pleasantries with. I think I have more of those people in the industry. The closest person to me is Funke Akindele-Bello. I have other people like Bimbo Thomas and Iyabo Ojo. It is just that I know the level of friendship I have with everyone. I relate with people at different levels, I must tell you the truth. I can’t be sitting here and lying that I have the same rapport with everyone. It is not possible. Even God did not create all of us equal. There are some people that you will like more than the other person. That is life”.

A lot of my colleagues in the industry don’t deserve good things — Rapper, Ycee lashes out (Video)