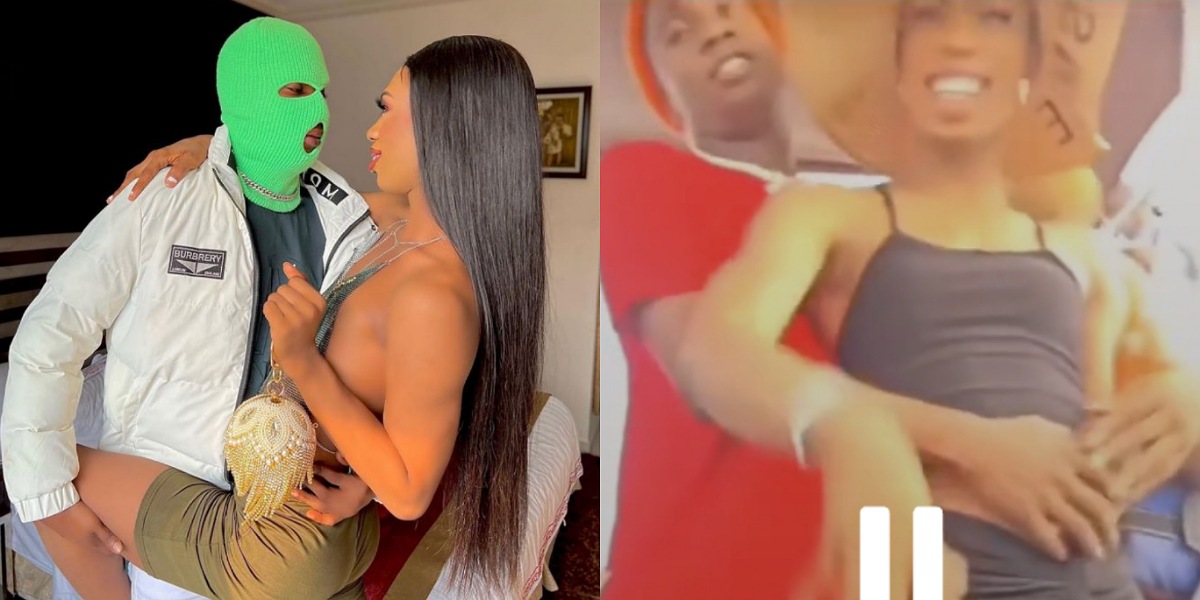 A viral loved-up video of crossdresser, James Brown with a mystery man has left fans guessing he is very much the publicized boyfriend, Papito with the mask.

Lately, James Brown has been tensioning social media with loved-up photos and videos of his billionaire boyfriend, whom he refers to as Papito, but has refused to reveal his identity as his face is always concealed in a mask.

The upcoming artist, however, debunked the claims, while stating that he only worked for the crossdresser at some point.

Well, another video of James Brown twerking up a storm on the singer has further fueled rumors that he’s James’s Papito, as this time, his face is seen without any mask on.

Here are some reactions from Netizens below;

@tejbillz wrote: “No be papito wey deny James brown be this? Wawuu.”