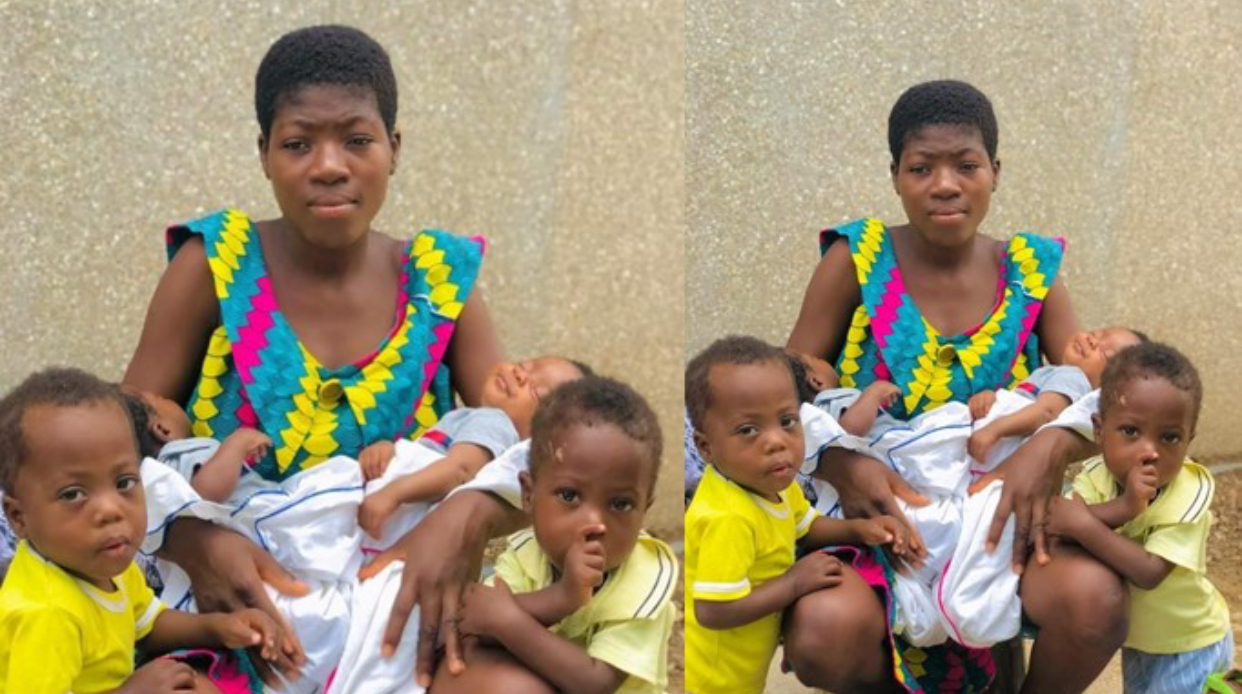 Diana, a young Ghanaian woman, is supposed to be thanking God for blessing her with a fertile womb that produces twins; unfortunately, the opposite is the case.

The mother of twin boys recently welcomed another set of twins, and while many are congratulating her, she is in distress because both of her twins’ fathers have abandoned them.

‘They are threatening to kill my daughter if she…

Diana, who is 17 years old, revealed that it was already challenging enough raising her first set of twins, and the new addition, who are also boys, have come at a time that she is undergoing serious financial struggles.

A humanitarian organisation shared her story after hearing her plight and appealed for donations from well meaning persons in Ghana.

Diana lives alone with her four children in a single room which is also in a poor condition.

Shockingly mixed reactions greeted the young woman’s story as some blamed her for her predicament.

@NebaSark; Bro this is too much for a girl like this to handle …

@ForeverPurple17; Is not too much to handle ,i don’t think if the 1st set of twins was hard to handle she would have go again ,1st one could have been a mistake buh not 2nd one, as adey here Becos I can’t take care of a baby that’s why I don’t even have a boyfriend 😂I don’t want responsibilities

@ruthnyz; What stopped her from practicing safe sex? What happened to her parents standing in and making her go back to school to avoid round two of trouble? The system has already failed us and so if parents will not wake up and straighten their daughters we will see this all the time.

@yaw_mensah; She knew the consequences & still went on with it. I pity the kids tho, coming into the world to suffer just because two people couldn’t control their lust.

@Aimtomissbehave; If both kids are from the same dad then they should have known better. However lets flip the script. Did she really know the consequences? If she hasn’t had any guidance on how to handle sexual health then the second pregnancy could have been a result of ignorance.

@Rlothbrok100; People are here Saying all Sought of things but we have to remember in Africa (Ghana) Poverty is one thing that drives people to make wrong decisions and choices,(2) Education is also a big factor. I can bet you that this girl lack both.