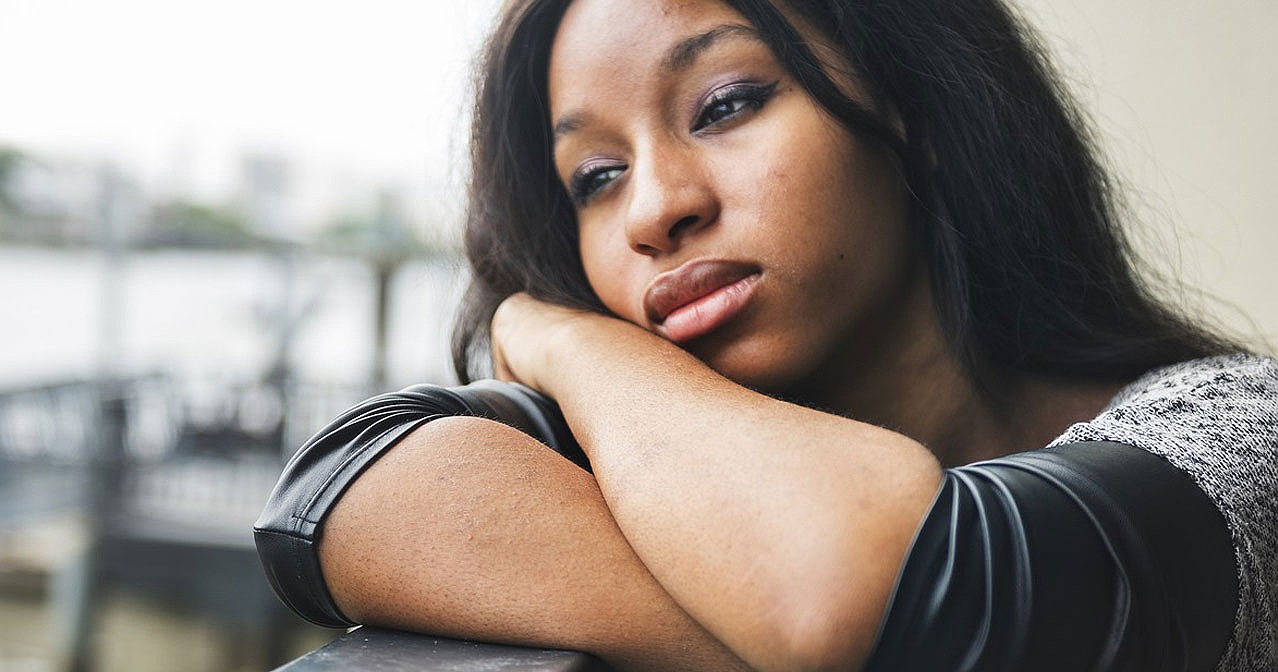 A young Nigerian lady has narrated an incident that occurred between her and a guy she almost dated.

According to her, she had been single for so long so when she linked up with a guy she met on Instagram, she fell in love with him immediately.

She wrote:
“Some nights are wild, others just lead to bad relationship stories.

Lady cries out after finding out her married boyfriend was…

Lady narrates what happened to her after attending her…

I had been single for so long probably because i find it difficult to connect with people. Last month i met a guy on Instagram, we linked up, he was cute, not exactly tall but met all other requirements. We went on to have a couple other dates until he invited me over.

When I got to his house i noticed some feminine products in his bathroom, you know fem fresh, whitening soap, extra toothbrush, extra slippers etc. I asked who they belonged to because I had asked on several occasions if he was single & he said yes. The last thing i wanted was drama.

He explained that they belonged to his ex & he hadn’t gotten around to throwing them out. I wasn’t convinced but I was too into him to think straight. Prior to meeting him i had attempted sex but it was just the tip as it was too painful for me to go all the way, so i put off trying again. i told him about it and he assured me he didn’t mind, he wasn’t hanging with me just because of sex. That was my final mumu button, I felt he was truly into me & decided to

finally go all the way.

After we had sex that night, I left town for a week & when I came back to his house he seemed like a completely different person. To make matters worse, I found a hair brush in his room & he claimed it was there the last time but i didn’t notice. The fem fresh & other things from his ex were still there, so ! got upset, booked my ride to leave & this guy gave the bolt guy description. Two days ago I called this guy, we spoke for a few minutes & he said he’d call me back but he he never did. i called back like 20 times & he didn’t pick.

I was worried at that point but I came online & noticed he has viewed my stories & he was online. I ignored him and waited until the next day & still no message from him, he didn’t even return my calls. The next day he had viewed my stories again, so I sent a text saying I was worried & coming over now. Suddenly he responded that he was preoccupied with elections & he’d call me, but elections had ended already. I decided to go to his house & I admit this was a wrong move.

I got there & called but he ignored me once more until i sent a message with a picture of his gate & suddenly he responded asking what was wrong with me, that he didn’t respond to my calls & i came to his house to do what? i explained I was worried but he continued being rude while I was still at the gate by the way. Eventually I had to leave, cried all the way home then drank and deleted his number. He called me & i responded with who is this as I had deleted his number then he responded saying if that question was for him then we should keep things like that.

I figured out who it was, called back immediately but he rejected my call. That was how things ended abruptly with this guy I thought I had the perfect night with.”

See her posts below: 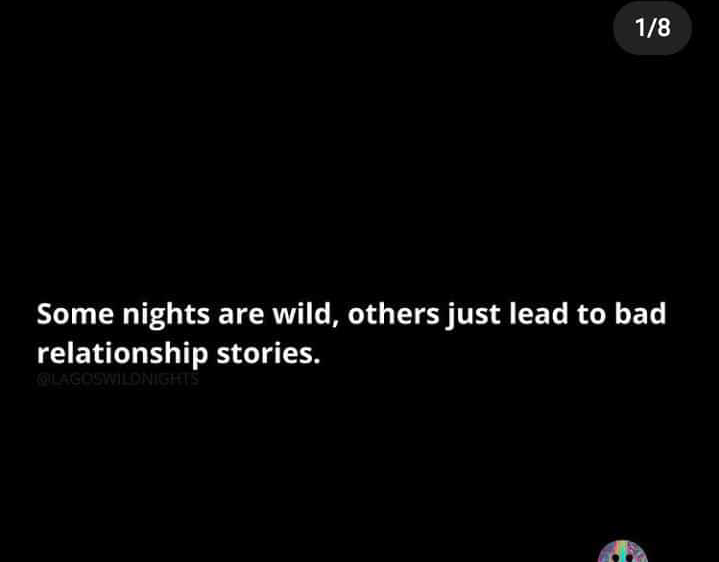 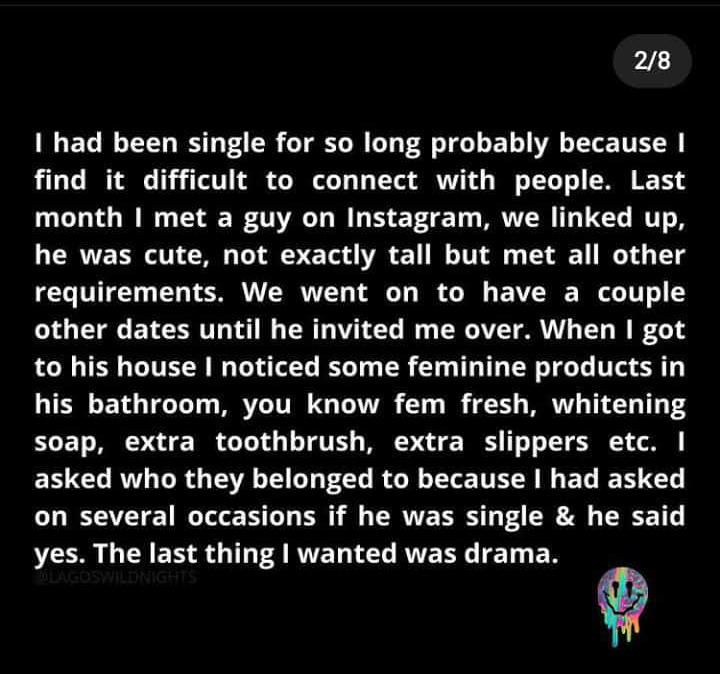 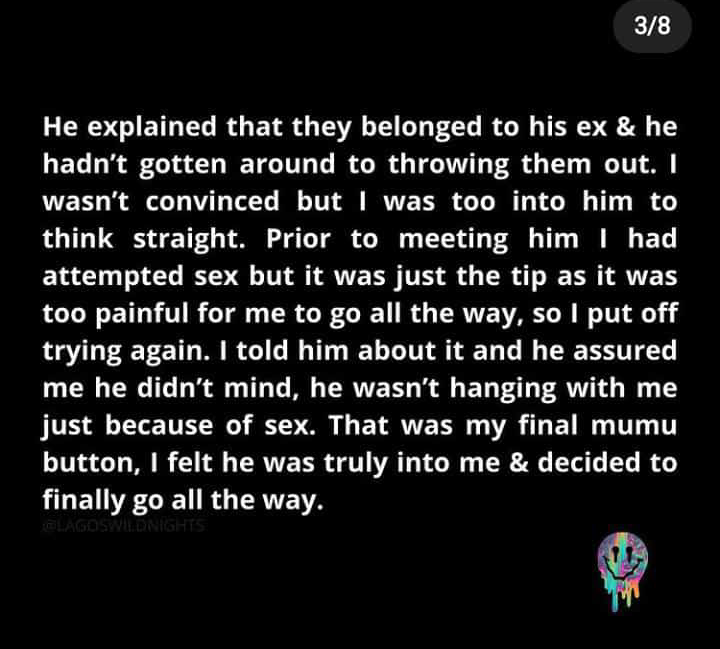 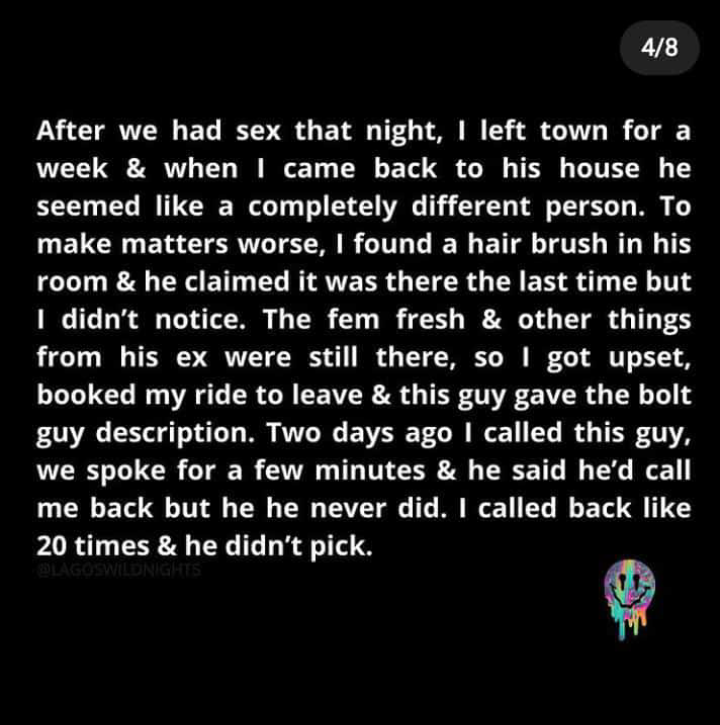 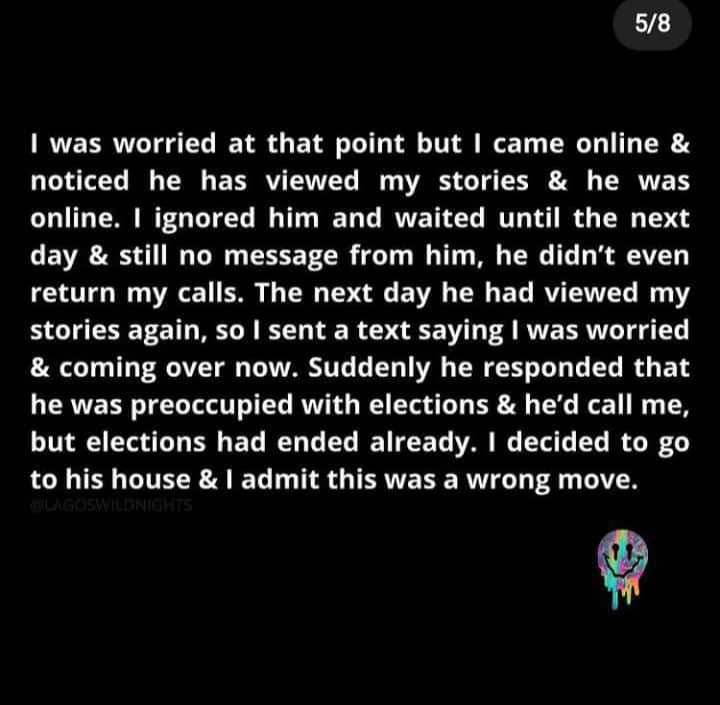 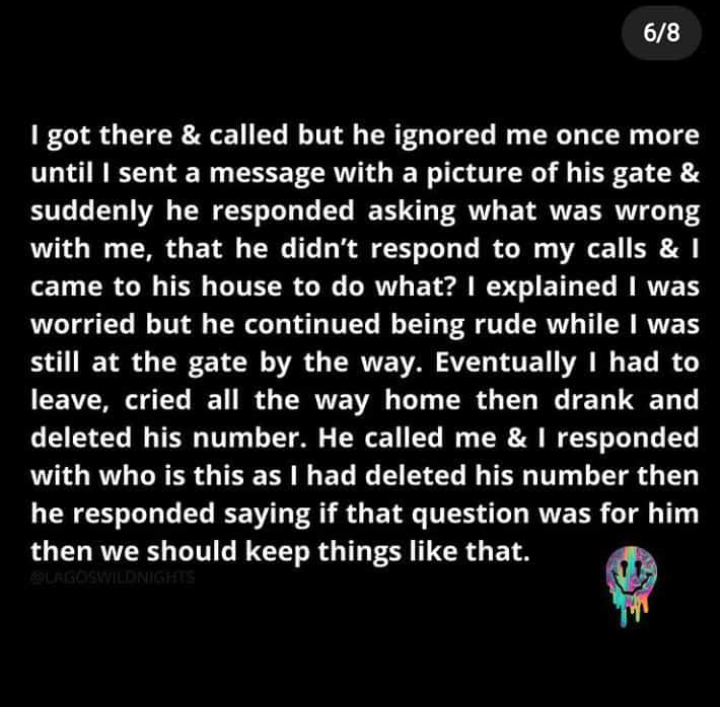 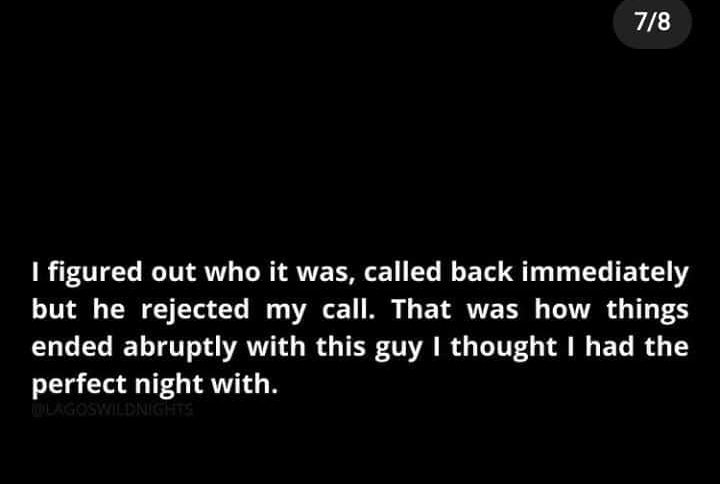 “Am I Not Doing Enough For Her?” – Man Narrates Sad Dating Experience