Leaked conversation on how EME and Banky are screwing Wizkid – Okay, so I just got this from an ardent reader, who claims anonymity. Says he got this from the transcript from the recording between an in-house guy who is friends with a lady knows what is really going on in EME and a blogger..

Wizzy is a music demi-god…. The boy’s only taking out time to setup “starBoy” ent proper.. 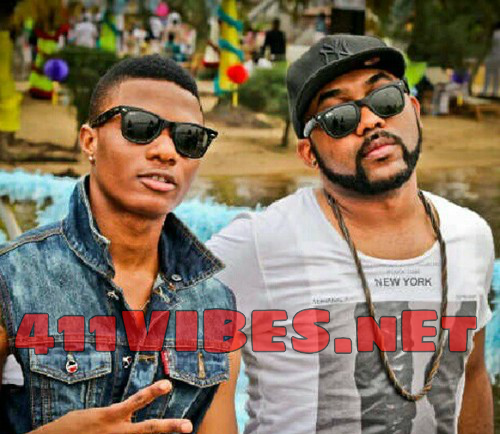 EME is still fucking him sideways on code, but pls let our convo be confidential sir, bloggers can’t really be trusted this days Wiz isn’t as settled as ppl think.That boy’s been facing so much in gidi after he signed mgt deal wif Disturbing London. Banky, Osagie and Zyls been doing a round table discussion to fcuk wiz up in all rans, so he can sign a deal agaain wif EME. Cos wifout Him, EME isn’t  eally gonna make that much money they used to make. Now Wiz has to go back to consider his deal with EME.

Banky told Yvonne (my friend) that Wiz was a money machine, it was too hard losing the boy totally. Now Banky made it clear that if Wiz goes fully into his StarBoy thing, he won’t make more money like he thinks. All his endorsements won’t be converted frm EME to starboy. Right now, Wiz has been fighting more battles than people can imagine. Psychologically, it has been affecting his recording and music composition. But people won’t just know though. Wiz is a music demi-god

NB: – This has nothing to do with 411vibes as a whole. This was sent to us and we felt the need to publish it.