Popular Yoruba Actor Admits He’s A Gay? – You Need To See This!

Popular Yoruba actor Femi Adebayo A.K.A The “Jelili” star opened up in a recent interview with Vanguard. 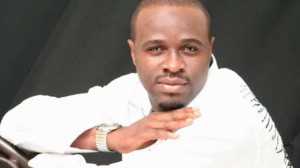 How has your dad influenced your choice of acting as a career?

Well, the question of my dad influencing my acting career could have a ‘no’ and a ‘yes’ answer. A ‘yes’ in the sense that when I was very young I watched his movies a lot and liked them.

At a point I had a feeling I would do what he is doing when I become a man. But along the line I fell in love with law and decided to become a lawyer. My dad never directly influenced any choice I made. Whatever my choices are in life, he is always there to give me his utmost support. When I decided to study law he was with me all the way and when I chose acting he didn’t object either.

What is the craziest thing a fan has done to you?

(Laughs) Ah, she jumped on me, kissed me and told me that she had promised herself that whenever she sees me she was going to do that to me. Fortunately, I was with my wife that day and I told her I was sorry and she said it was okay. It’s one of those anxious moments of our job. Before the fan left she apologised to me and to my wife

Can you act a gay role?

Why not? I can play any role given to me. I don’t have restrictions, as a good actor I must be able to interpret any script given to me. After all it is make-believe, it has nothing to do with who you really are. For an instance, I am a Muslim but I have had to play the role of a pastor many times over.

Do you see yourself going into politics?

Well, my acting career is God’s calling so if God tells me to go into that too, I will.

Femi Adebayo celebrates his son, Fadhil on his 1st birthday

Getting married to my fellow actor – Toyin Abraham finally speaks

I feel confused, free but guilty because my mum has been crying after confessing I’m Gay – Dan Yomi

VIDEO: They told him to remove the bra & butt pad her wore, then he confessed how men sleep with him through his back side