Alexis Sanchez’s ex-girlfriend, Laia Grassi pulled out a red card on the Arsenal’s front man on ground that he is lacks s*xual stamina.

There has been rumor that the Chilean striker could not hold up to the s*xual demand of Miss Laia as his performance on the football pitch is beginning to diminish. 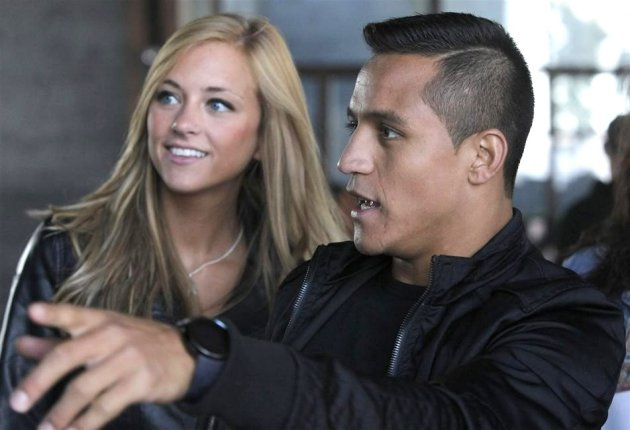 Laia hinted on her break up status with his ex-partner by deleting any pictures of that suggests parntership on her Instagram page after rumors emerged that Sanchez has been getting in contact with a Miss Chile winner.

The Chilean tabloid, La Cuarta, also hinted on Monday, December 15, 2014 that the Arsenal player has “failed Miss Grassi’s strenuous physicals due to a lack of stamina, leaving her to dip into the transfer market for a replacement while he gets used to being a free agent”.

With the development, Arsenal’s fans are of the view that the break up could mean that the 25-year-old will perform better on the pitch and produce a more motivating result for the Gunners.