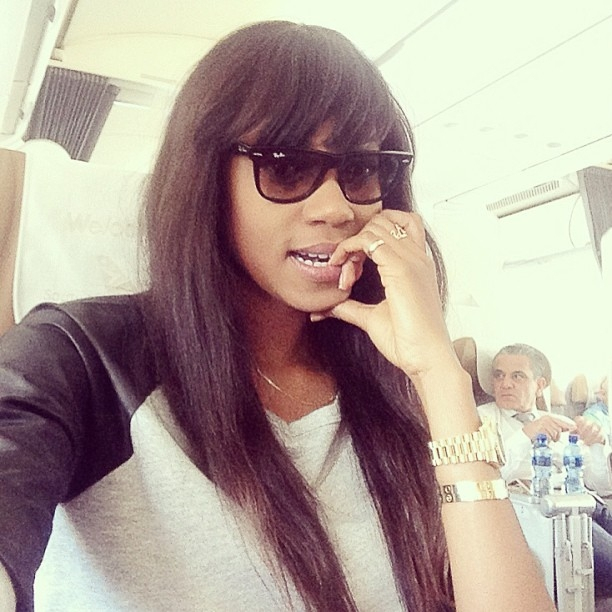 Nigeriafilms.com reports that the ceremony went on peacefully not until it was time for some photo shoots with Majid, his family and his legion of celebrity friends who came to lend their support.

Mustapha Inusah, a reporter of Nigeriafilms said they were taking shots not until Yvonne Nelson shouted and warned that no one should take photographs of her.

Apparently, it was gathered that the reason she flared up was because she’s not in good terms with some of the reporters at the event and would not want her pictures used on their platforms.

“Me and some media men are not on that play grounds: we are not on good terms so I don’t know why they should be snapping me pictures” she said angrily.

“Some media men go round destroying you and after destroying you, they see you and want to smile with you, why should you snap me pictures ? she snarled at the media personalities present.”

It was also reported that some media guys quickly exchanged words with her, one of them said:

However, the situation was almost getting out of hand until the head of the Ghana Movie Awards Foundation, Fred Nuahmah, stepped in to save the day by alerting some aggrieved members of the press at the event to ignore the disturbance caused by Yvonne Nelson.

Since I gave birth to my baby girl, life has not been easy – Yvonne Nelson