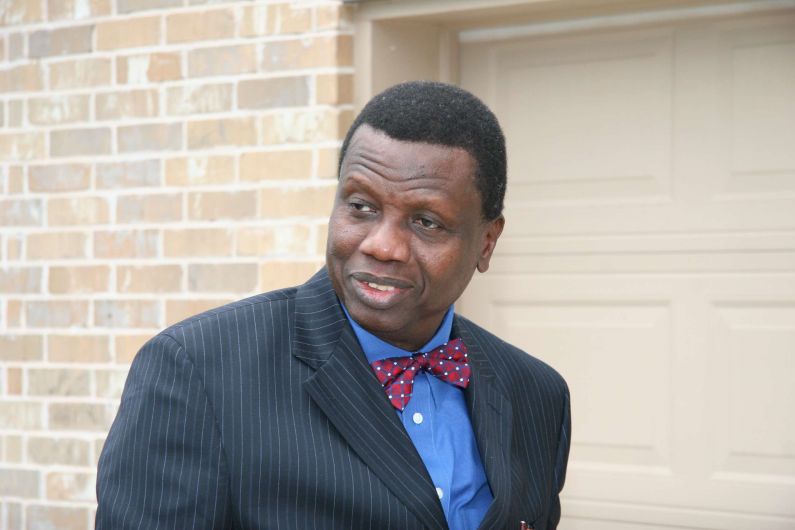 The General Overseer of Redeemed Christian Church of God, Pastor Enoch ‎Adeboye was on Friday, January 16, 2015 present at the Obafemi Awolowo University, Ile-Ife for an  interdenominational prayer summit.

Nigerians frown as Scottish university uses Buhari as an…

While speaking to the crowd, the Bishop likened our politicians to the story of three travellers.

“An Indian, a Jew and a politician who needed somewhere to put up for the night and went to meet a farmer for help. The farmer could only accommodate two in the house so the last had to sleep in the barn. The Indian volunteered but returned shortly afterwards, saying that there were cows there and so he couldn’t sleep because cows are gods, worshiped in his country.

“Next was the Jew who also soon returned because according to him there were pigs there, and those are unclean.

“He said that when the politician went, it was the pigs and cows which came back complaining and asking that the politician be sent away because he had begun to make promises to make the environment, including the barn, conducive with air-conditioner.

“I don’t trust politicians; politicians are liars. They don’t fulfil most of their promises. A politician can tell you that they will give all of you (students) chicken each, which we all know it is impossible,” Adeboye said.

He asked the people not to worry about who will be the next President as God had already choosen who he wants to be the President.

Nadia Buari is pregnant but not for Jim Iyke – See her new boo!

10 Insane ways to put your woman in the mood