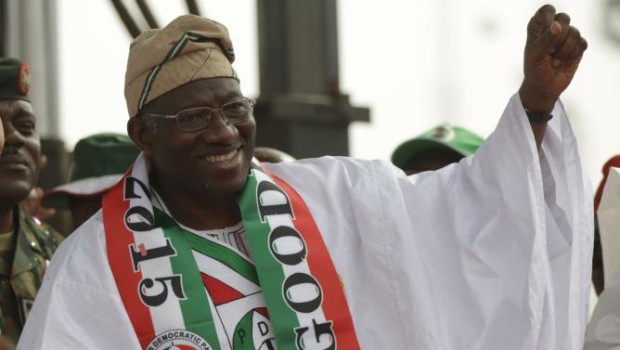 Goodluck Jonathan yesterday visited Katsina State yesterday in the course of his presidential campaign, but not everything went smoothly.

According to Leadership, speaking in the home state of the former President. Umaru Musa Yar’Adua, Jonathan noted that but for Yar’Adua he would not have been President.

The country leader made a claim about his late colleague while delivering a speech at the National Youth Service Corps (NYSC) Orientation Camp, venue of the Katsina rally. The politician sincerely thanked the state residents for their impact.

“I thank the people of Katsina State. But for you I wouldn’t have been here today. I am here because of Katsina. It is your own son that brought me as a vice president and that is why I am here today. Unfortunately, within the first tenure he left me, may Allah bless his soul.

“One thing you will know from me is that anything that you need, that you want, that government is in a position to do, we will do it without you asking for it.”

Jonathan expressed pride over the appearance of the federal university in Katsina saying it had been embarrassing that the cradle of western education in the country did not have one.

The Peoples Democratic Party (PDP) presidential candidate also touched upon the issues of insurgency vowing to “get through” this problem.

“We have challenges like many other countries in the world but we are still managing because of our focus. We will get through our challenges because we are working hard and you know it.”

Governor Ibrahim Shema, on his part, recalled Jonathan’s achievements and urged the PDP supporters to remain steadfast without being intimidated for political reasons.

It should be noted that Jonathan also visited the Emir of Katsina, Alhaji Abdulmumuni Kabir Usman in his palace and mother of late President Yar’Adua.

However as his convoy was making its was to Yar’Adua’s mother and later  to the airport, it was attacked by political thugs, suspected to be APC members, who chanting “Sai Buhari” stoned the vehicles . The security used tear gas canisters to disperse the crowd.

Members of the Yar’Adua family had before the President left insisted that those behind the incident were mobilized by the APC leadership in the state.

One of the Yar’Adua family members, who pleaded for anonymity, said that a particular opposition chieftain (name withheld) “was seen earlier in the day conferring with the resident APC chieftain apparently to advance the cause of disrupting the president’s visit”.

Another unpleasant incident occurred in Katsina, also the home state of the APC’s candidate Muhammadu Buhari. The photo emerged from the scene where the youth allegedly destroyed a newly mounted billboard of GEJ in Katsina. See the proof below.

Despite the attempts of the government to prevent violence associated with February elections, there are fears that it would be escalating.