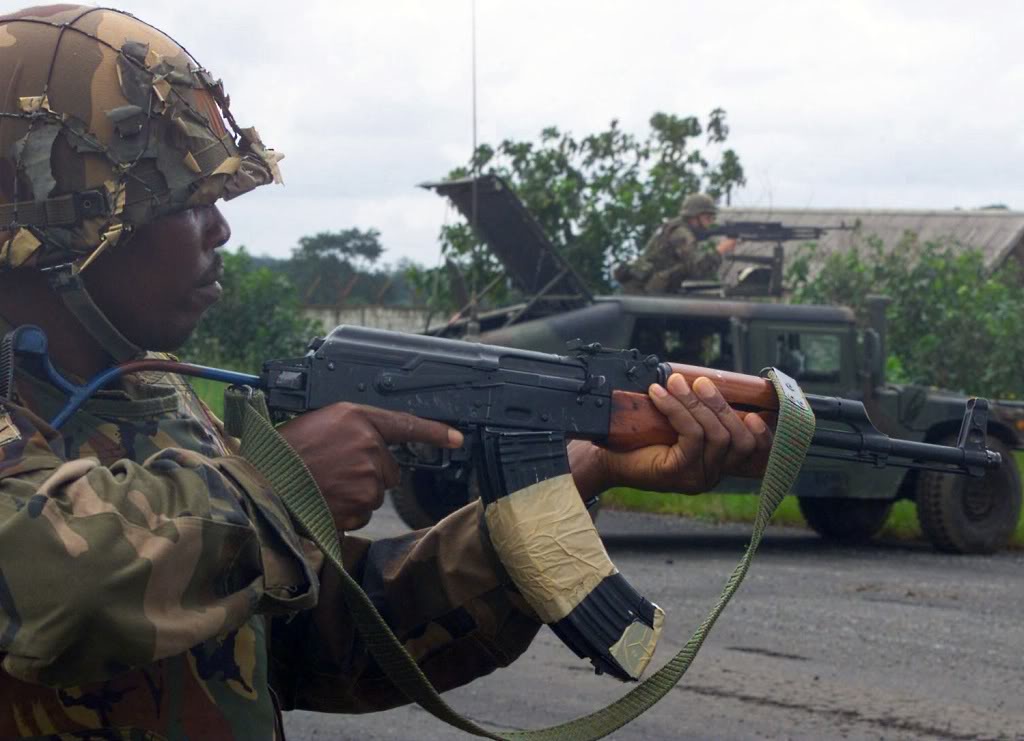 A major disaster was averted yesterday at the Armed Forces Remembrance Day ceremony at the National Arcade in Abuja as one of the soldiers in the firing party mistakenly pointed his rifle at President Goodluck Jonathan’s direction.

According to Leadership, the incident happened immediately after the President and other top government officials took turns to lay wreaths at the foot of the monument of the Unknown Soldier in honour of Nigeria’s fallen heroes.

The incident which happened briefly saw presidential guards quickly form a human shield around the President when they noticed the soldier’s mistake to forestall tragedy.
Jonathan, who was in the middle of the two-row firing party was apparently unaware of the incident as he stood motionless after laying his wreaths.

During the traditional 21-gun salute, the lower part of the soldier’s rifle mistakenly got tucked in his uniform, which prevented him from lifting the rifle to his shoulder level. This rifle tilted the posture of the soldier which caused the barrel and muzzle of the gun to turn towards Jonathan.

Sensing the danger, a plain clothed security agent standing behind the soldier quickly came to the soldier’s rescue by correcting the his posture and thereafter helped me in untangling what the lower sling swivel of the rifle from the his uniform.

It will be recalled that community members of Chibok recently criticised President Jonathan for not fulfilling his promises on the rescue of the kidnapped Chibok girls.

You need to see what happened in Lagos governorship debate – It’ll leave you speechless!