Meet the prostitute who sleeps with 30 men everyday just to… 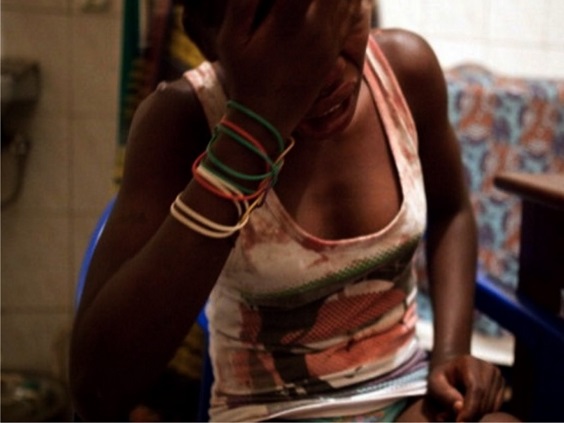 If evil could be adequately defined in a story, Asatu’s would perhaps be a candidate. A background stooped in satanic secrecy opened the gateway for wickedness of unimaginable proportions to work through and to her.

Girl fights white lover after he slept with she and her…

“Men with many wives live longer than those with just one” —…

Initiated at a tender age into a cult thriving on the belief in animal superiority, Asatu’s private parts were marked for destruction in a sick ritual. Her parents premature death led her to seek spiritual help in darker places that only ended up entangling her deeper in bondage.

An attempt at marriage ended abysmally as the relationship that spawned two young children ended with her being thrown onto the streets. Desperate and smarting with anger, Asatu succombed to the lure of ‘greener pastures’ abroad, following a strange lady to Nigeria.

Upon reaching Nigeria, the lady took her to a witchdoctors whose charm which promised to restore her marital bliss ended up killing her estranged husband. Resorting to prostitution, Asatu roamed the four corners of Nigeria, sleeping with up to 30 men in a day to fend for herself. Burdened by her two young children, her willpower was eventually whittled away to the point where the unthinkable became feasible – she ‘gave’ out her kids. “I have no ideas where they are right now,” she confessed to the shocked congregants at The SCOAN.

Eventually ending up in Lagos on the prostitution trail, the brothel where she was ‘working’ in was broadcasting an unusual television station – Emmanuel TV. Upon watching and learning The SCOAN was located in Lagos, she made the decision to attend the service last week, tired of her dirty lifestyle.

As Prophet T.B. Joshua prayed for calmness to descend upon the congregants in the mass prayer, an incredible sequence of events unfolded for Asatu! A shocking, rumbling sensation welled within her stomach forcing her to her knees. Then, it came out. A disgusting item wrapped in red thread with a needle interwoven. The charm she had ingested many years ago in the home of a spiritualist had been forced out by God’s power!

Since her deliverance, Asatu testified that the terrible dreams she previously had of dungeons and graveyards were gone, as was the urge to engage in illicit prostitution. “Believe in God,” she tearfully advised the sombere congregation. “Leave evil and give your life to God. Only God has the final say in everything.”