Video: The most romantic marriage proposal ever! (Must Watch) 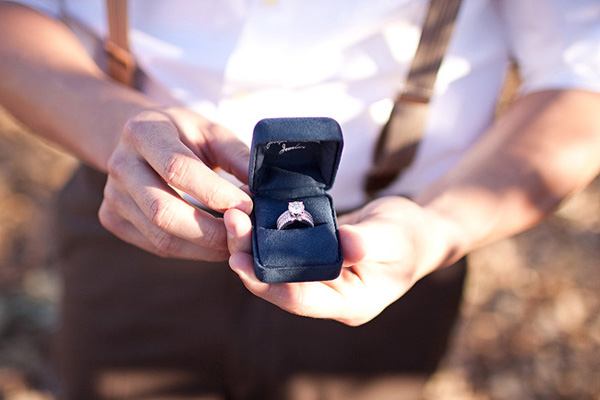 The surprise Christmas proposal video of an Airman, Jon Greko, to his fiancé, Emma Trabue, at Detroit Metropolitan Wayne County Airport is currently getting a good view from various social media users.The video was posted on Youtube social platform on Friday, December 19, 2014 and tagged, “Surprise Christmas Air Force Proposal at the Airport.”

Trabue’s elder sister, Kelsey Trabue who compiled the video said Greko who hails from Kalamazoo proposed on the phone to her younger sister of Dexter in October while he was away at basic training in the Air Force.

After 100 days of being apart, Greko finally came back and personally gave his fiance the most amazing proposal ever.

The video compiler said, “Emma thought she was going to be surprising Jon by acquiring a gateway pass to greet her fiance at the arrival gate, but it was her that would be surprised with a ring.”

Least to her expectations, passengers from Delta flight started handing her roses one after another.

She was becoming a bit uneasy when Greko was taking time to show up, she said, ” He’s gonna have the last rose.”

Few minutes later, Greko emerged and on sighting him, her emotions really betrayed her as she rushed to him and they both got entangled in a very romantic hug before he dropped to one knee and finally popped the big question to which she said a Yes for the second time.

The amazed crowd booed and cooed while most of them got out their mobile devices and took shots of the memorable event.

12 things you never knew about Olamide..