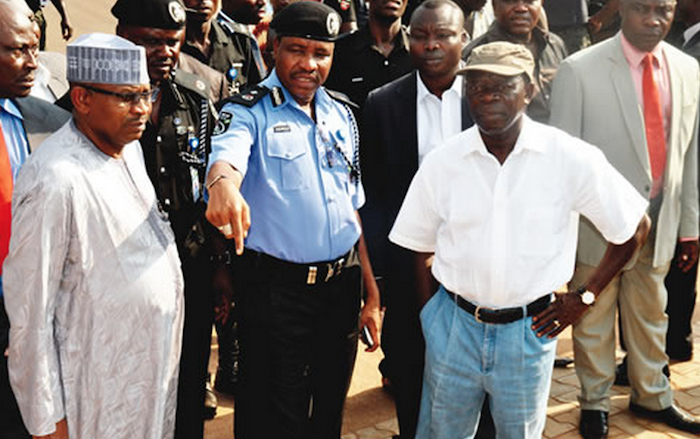 The Nigeria Police has announced the death of Alhaji Muhammad Hurdi (pictured middle below), the Katsina State commissioner of police. The Police Public Relations Officer (PPRO), DSP Aminu Sadiq announced the demise of Hurdi in a statement issued to newsmen on Sunday in Katsina.

Sadiq said that Hurdi died on March 27, after a protracted illness. The late commissioner joined the service in 1988 as ASP cadet officer and rose through the ranks to the rank of a commissioner.

The PPRO said that Hurdi would be
remembered as a patriotic and dedicated officer who gave his best in the service of his fatherland. The Deputy Commissioner of police, Mr Bala Zama Senche, prayed to God to
grant the deceased eternal rest and gave the family fortitude to bear the lost. (NAN).

READ Buhari’s interview on the elections so far – See what he said!

8 crucial moves you need to make to turn a girl on – They always work!