Supreme court decision on Fayose’s fate – There is anxiety in Ekiti State as the Supreme Court in Abuja prepares to deliver judgment today in the appeal filed by the All Progressives Congress against the victory of Governor Ayodele Fayose in the June 21, 2014 governorship election. 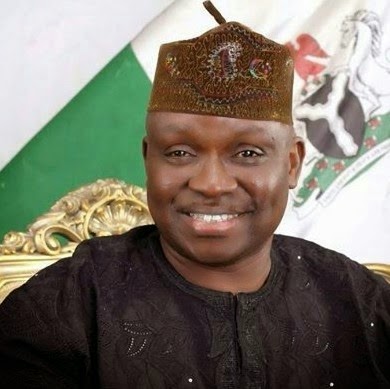 Punch reports that Fayose, in a state-wide broadcast yesterday, implored residents to maintain the peace and go about their lawful duties.While also thanking the people for voting overwhelmingly for all the Peoples Democratic Party’s candidates in the Saturday House of Assembly elections, he pointed that the victory signifies his genuine mandate of the people.

He also said that he was sure that he would be vindicated at the end of the day and triumph over whatever plot being hatched to truncate his tenure. However when some of the locals were interviewed by Punch, a lot of them expressed optimism. A commercial driver, Ade Bamidele, expressed confidence that the governor would win the case. Esther Orji, who is a trader said the Ekiti people required peace, saying the judgment would remove the tension associated with the election.

The Ekiti Governorship Election Petitions Tribunal had on December 19, 2014 upheld Fayose’s victory and dismissed the APC petition for lack of merit. The dissatisfied APC had gone to the appellate court on the grounds that Fayose was not qualified to stand for the election as a candidate because of his impeachment on October 16, 2006 during his first tenure as governor.

The APC also alleged that the governor forged his academic certificates and violated the Code of Conduct rules. The five- member panel, chaired by Justice Abdul Aboki, in its judgment on February 16 had upheld the judgment of the Tribunal, which affirmed Fayose as the winner of the June 21, 2014 poll.

Though the Justice Abdul Aboki-led five-man panel dismissed the appeal filed by the APC, it found merit in the appellant’s complaints that the military was used to harass and intimidate its supporters and leaders during the polls. Dissatisfied still, the APC had gone to the Supreme Court.

The Independent National Electoral Commission had declared that Fayose polled 203,090 votes to defeat the then incumbent governor, Dr. Kayode Fayemi, of the All Progressives Congress, who polled 120,433 votes in the election.