My new wife is a virgin – ADAMS OSHIOMOLE 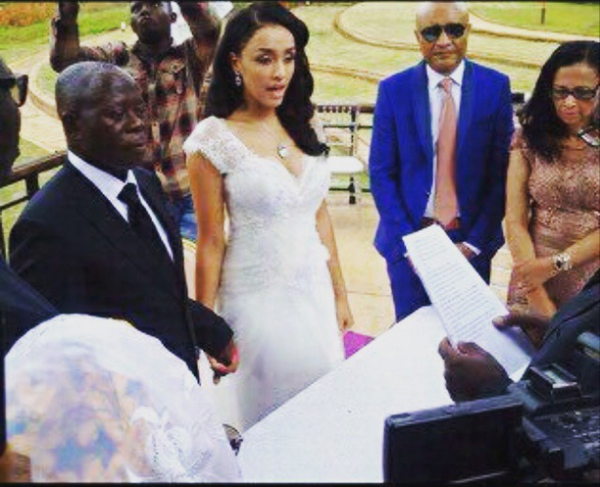 Edo State Governor, Adams Oshiomhole during the thanksgiving service organised for him for his wedding to his Cape Verdian heartthrob revealed during testimony time that he met his wife as a virgin.

The Governor was educating the youth members of the church of the need kick corruption in all its ramifications, including domestic and moral corruption. He boasted that with an APC Comrade as the the helmsman of the Country’s politics, a revolutionary change has swept over the whole country.

According to the Comrade, “I implore all of you to fight corruption today because the APC Government is one that will not condone corruption, not even domestic corruption. I can boldly tell all of you that I was a very principled man during my first marriage, I didn’t succumb to the wordly pleasures of this lustful environment, even though I had lots of opportunities. And it was this principled sobriety that made me fish for a virgin wife.

I can boldly say to you all that I was the first man to know her and initiate her into the wordly ways. This is the kind of spirit I want Edo youths to inculcate instead of messing around and engaging in different shades of adultery and fornication.”

We were also able to gather that the Governor purchased a Private jet for the bride’s parents as a sign of appreciation for training and keeping her clean till marriage.