See how this pregnant woman and 2 others got killed as OPC clash with pipeline vandals in Ogun state – This is bad! 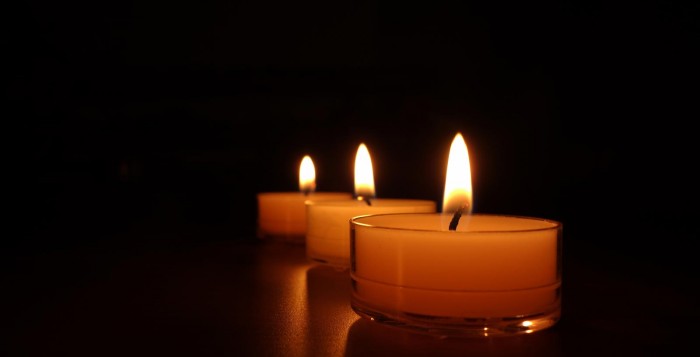 Pregnant woman and 2 others got killed as OPC clash with pipeline vandals – A pregnant woman, Mrs. Damilola Fajana and two other persons have been killed during a clash between members of the Oodua People’s Congress, OPC, and some suspected pipeline vandals in Arepo, in the Obafemi Owode area of Ogun State.

The pregnant woman was killed alongside a pedestrian at about 3pm on Wednesday, April 29, 2015 in the Unity Estate, while the third slain victim, said to be a suspected vandal was murdered by some OPC members on Tuesday, April 28, 2015.

A passerby was also alleged to have been rushed to a close hospital after he was hit by a stray bullet in the leg.

At about 11am of Thursday, April 30, 2015 some women who feared that the fight had broken out again suddenly took to their heels.

A resident whose identity was not disclosed said, “The fight has been on for some days now. It is between some Ijaw youths and OPC members that the Federal Government employed to protect pipelines.

“But yesterday (Wednesday), it took a new dimension as they faced one another in broad daylight. There was heavy exchange of gunfire.

“A pregnant woman was in a car with her husband. A bullet pierced through the windscreen and hit the woman in the neck.

“Her husband was devastated and begged people to help. The woman did not survive the gunshot. She died there. We were told she was six months pregnant.”

Another witness told Punch that the second victim was walking by the roadside when he was hit in the stomach by a stray bullet, which killed him.

It was alleged that a large number of people were said to have been injured during the clash.

According to another source, the OPC members had earlier combed some streets in the estate, searching for the suspected vandals.

He said, “They went to three different streets where the vandals usually sold fuel to residents. They met resistance on Ebute and Akinsanya streets. There was a serious clash on Ebute Street.

“It was after that clash that the OPC members launched a major offensive in the afternoon.”

He added,  “This fight started after the suspected vandals sent a woman to the OPC members so they could come to an agreement.

“But the OPC members refused and attacked the woman. That was how the battle line was drawn.”

Also speaking, an unnamed woman said, “As from 3am, they would start their shooting which would continue till dawn.

“Everybody is scared. This area has always been peaceful until now. And I believe the vandals have increased their activities due to the fuel scarcity in the country.”

Furthermore, text messages and letters were purportedly sent to residents to stay indoors so as to reduce the number of casualties as there would be more attacks.

A resident said, “I have just received a text message from my church that there will not be service today until Sunday because of the unrest.”

A community leader, Mr. Victor Olajide, condemned the actions of the OPC men, adding that the government should withdraw them from the area.

He said, “On Tuesday, they raided the home of an Ijaw woman. She is neither involved in vandalism nor an accomplice. But after ransacking her house and destroying her things, they shot one person dead there.

“Yesterday (Wednesday), a stray bullet killed a woman. These people are not educated and they don’t have the technicality to handle the kind of job they have been given. The government should train the police better to handle the job and the OPC members should be withdrawn.”

Denying the allegations that their members shot the slain victims, the OPC National Coordinator, Gani Adams said, “What happened was that in less than 24 hours that the police were withdrawn from the pipelines, our men intercepted about 50 jerrycans, each containing 60 litres of stolen fuel. They were loaded in three vehicles.

“We were able to arrest one of the vandals, but the second person jumped into the water and escaped.

“The fuel was taken to the NNPC depot at Mosimi.

“But the hoodlums protecting the vandals came against our men and began shooting into the community.

“In the process, two people were shot dead on Wednesday.”

Confirming the incident, the state police image maker, Muyiwa Adejobi, said, “The bullet hit the pregnant woman in the neck and she died.

“We just heard that there was exchange of gunfire, so we don’t know who exactly fired the shot.”

The remains of the pregnant woman had been deposited at a mortuary in the area.

You will NEVER lie to you girlfriend after seeing this! (Photo + Video)