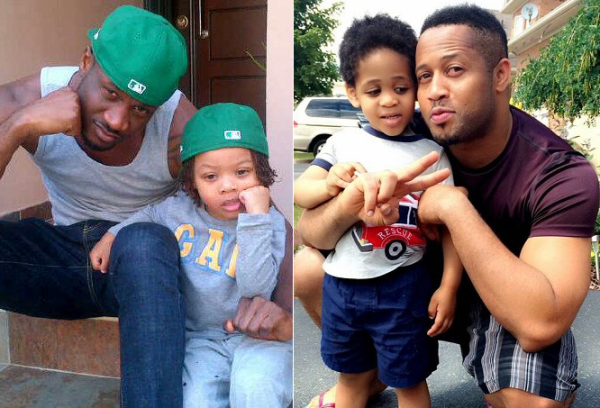 Nigerian celebs and their cute kids – Gone were the days when it was a rare privilege to know Nigerian celebrities’ children, except if one was a member of the family or attended schools with them. Now it’s a completely different story. According to Allie Hagan, an American writer and critic, the obsession with celebrity children is a new phenomenon, kicked off with the help of the media and the internet….

It’s even more different today, with social media making it easier for these celebs to flaunt their adorable kids for fans and the industry in which they thrive. It’s only fitting that celebrities often have really ridiculously adorable kids. Or isn’t it true that beautiful people make more beautiful people?… From Jay Z and Beyonce’s Blue Ivy, Will and Jada Smith’s Jaden and Willow to Prince William and Kate’s George Alexander Louis, celebrities all over the world have continued to flaunt their adorable kids….

While some of the kids have started showing early signs of interest in the showbiz world, others bask in the stardom that comes with being a celeb kid but stay away from fully being involved in the industry.

TheinfoNG Today brings you details and some pictures of precious tykes with their famous Nigerian parents here: No. of Offsprings: 2 Names: Isabella and Olivia Isabella Idibia is the first child born to Annie Macaulay and pop star, 2Face Idibia, in 2008. The pop star has five other children from 2 other women. In 2014, Annie gave birth again, to the couple’s second child, Olivia Idibia. Interestingly, Isabella is already following in her mum’s footsteps with a role in Uche Jombo Rodriguez’s movie, Unconditional….