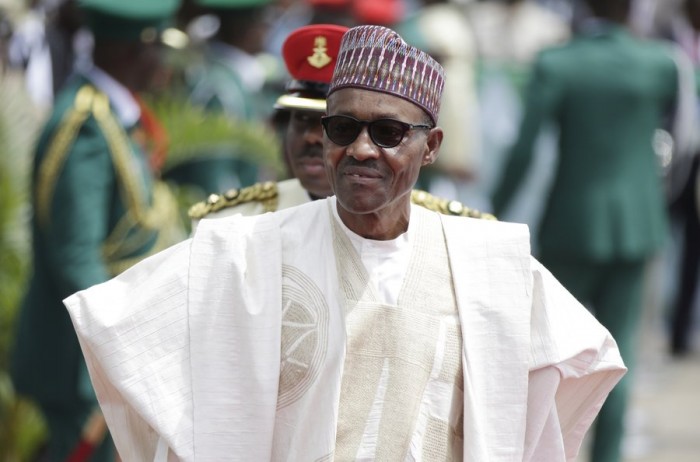 Investigations by our reporter on Wednesday unveiled President Muhammadu Buhari’s hidden property situated at a choice location in Asokoro beside an exotic lake few yards away from the Aso Rock Presidential Villa fence.

Since his inauguration on Friday May 29, heavy security presence has been deployed around the area surrounding the property. BREAKING TIMES reporters at the risk of their lives managed to take photographs of the sprawling triple-duplex property on Wednesday.

President Buhari’s Asokoro property has been home to a former High Commissioner of an African country to Nigeria.

The discovery of the Buhari Asokoro mansion may have cast another huge credibility question on the modest and anti-corruption credentials that got him elected on March 28, 2015.

It will be recalled that BREAKING TIMES on Monday exposed details of how the new First Lady, Mrs. Aisha Buhari wore a Cartier Baignoire Folle 18-Carat White Gold Diamond Ladies Watch that cost £34,500 (N10, 453,000) to the presidential inauguration on May 29, 2015.

Buhari played up his modest background while on the campaign trail, claiming he was a pastoral farmer with 150 cows who could barely afford to pay for his presidential nomination form. More than 50 percent of Nigerians live below the international poverty line of $1.25 per day, according to the United Nations.

In January 2015, BREAKING TIMES uncovered the expensive lifestyle of Zahra, the fifth daughter of President Muhammadu Buhari, an undergraduate of the University of Surrey, United Kingdom.

The exposure of Buhari’s hidden assets is coming at a time Nigerians have intensified calls for the new President and Vice-President to publicly declare their assets as they promised to do during the presidential campaign.

Buhari was appointed Chairman of Nigeria’s Petroleum Trust Fund (PTF) during the regime of Nigeria’s late dictator, General Sani Abacha – a period in Nigeria’s oil revenue expenditure that has never come under any serious probe or enquiry. The sum of N25 billion allegedly disappeared from the public treasury at the time.