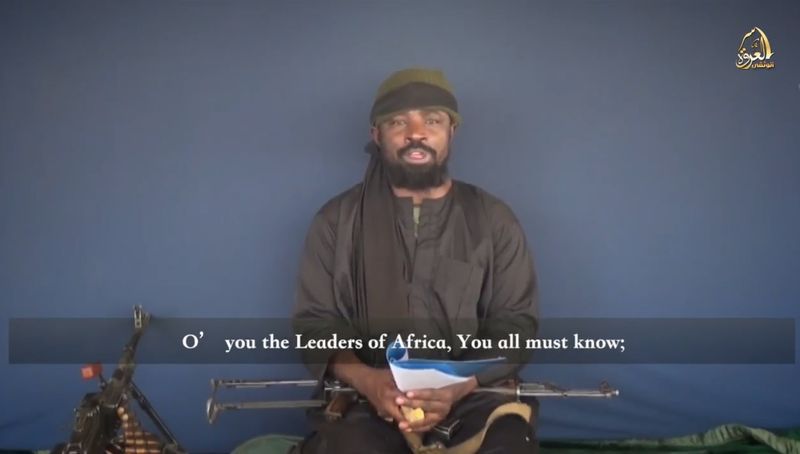 The Islamist terrorist group Boko Haram released a video online on Tuesday, rejecting the claims of the Nigerian military that it has been routed by a four-nation offensive, which doesn’t show Abubakar Shekau the group’s leader.

The speaker in the 10-minute message which was posted on the video-sharing site YouTube said “Most of our territory is still under our control”. He called Nigeria, Cameroon, Chad and Niger, who have been battling the Islamists, “the lying coalition partners”.

The video bears the new logo “Islamic State in West Africa” and follows the Nigerian militants’ pledge of allegiance in an audio message in March to the IS group, that has overrun large parts of Syria and Iraq.

The message is the first video released by the terrorist group since February, when Shekau vowed to disrupt Nigeria’s elections.

Shekau has featured prominently in most of the group’s videos over the last three years and his absence in the latest message will likely stir further debate on his whereabouts or possible death.

Nigeria’s military has claimed to have killed Shekau only for him to pop up on another video.

The speaker in the new message appears in front of two pick-up trucks, with four other gunmen visible in the background.

He speaks in the Hausa language that is dominant in northern Nigeria with Arabic and English subtitles.

An AK-47 rifle rests on his chest as he seeks to rebuke the claims of successes made in recent weeks by the military.

“The armies claim through the media that they captured our towns and that they assaulted Sambisa (forest) and defeated us,” he said, referring to the bushland area in Nigeria’s northeast Borno state that has been an Islamist stronghold.

“I swear by Allah that I am talking right now from Sambisa… Here in Sambisa you can travel more than four to five hours under the black flag of Islam by car or by motorbike.”

The video further shows gruesome violence, including executions of apparent civilians and one man in a Nigeria police uniform, who are shot at close range.

It was reported that on March 7, 2015 the leader of Boko Haram, Abubakar Shekau, in an audio message pledged allegiance to the richest and, probably, most powerful terrorist group Islamic State (ISIS).