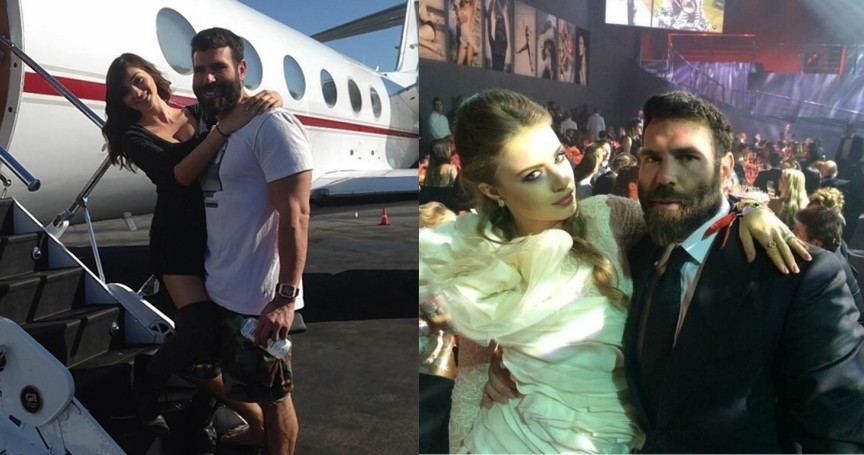 Hottest girls on Dan Bilzerian’s Instagram – Okay, do we even need to talk about who Dan Bilzerian is? Unless you’ve been living under a social media rock, you probably know exactly who The Blitz is and what kind of reputation he has.

We’re not saying you need to like him or agree with his lifestyle, but even if you’re not sure of his name, you probably know “that guy with the crazy lifestyle who plays poker and is really rich.”

Yes, Dan Bilzerian. The man who made countless guys bust out Poker for Dummies. The man who encouraged them to grow out their beards. The man who let them feel like maybe, someday, they too could own a luxury sports car and be constantly surrounded by a sea of gorgeous women. He’s brash, in your face, and certainly not shy.

While Bilzerian frequently posts shots of his weapons, luxurious digs, private jet and more, there’s one subject that appears on his Instagram account with the most frequency – beautiful women. In solo shots, in groups, from the front, from behind, playful or just downright sexual, any pose you can imagine, he has some bombshell doing it on his Instagram account. His feed is absolutely filled with drop dead gorgeous women – often hanging all over him, because if you’re Dan Bilzerian, why not?

Now, it’s tough, but we tried to narrow down the 15 hottest girls amongst the countless ladies on his Instagram. You’re probably going to check out the rest, too. We don’t blame you.

When you’re in a hotel and you’re Dan Bilzerian, you don’t just retire to your suite and spend the night under those crisp, white linens (that comes later, obviously) – you party! This shot captures two blonde bombshells all dolled up and ready for a night on the town – or, more likely, coming back in from a fun night and ready to continue the party.

Now, what’s the significance of the black dress and white dress? A little ying and yang? Dan, we never knew you were such an artist. We can only imagine what the valet thought when these two ladies rolled into the lobby. Dan Bilzerian is not a man of many words – he seems to believe that pictures speak louder than any captions could, so he merely captioned this shot “booze and boats.” It’s basically exactly what it implies – Bilzerian, front, center and shirtless, on what looks to be a pretty impressive sized boat, surrounded by beautiful women.

There are two scantily clad babes in the background, but the real focus is on Miss Heart-Shaped Pasties up front. We’re not sure exactly who she is, but we’re kind of impressed by her yacht attire – and the over 7,000 people who liked this photo would probably agree.