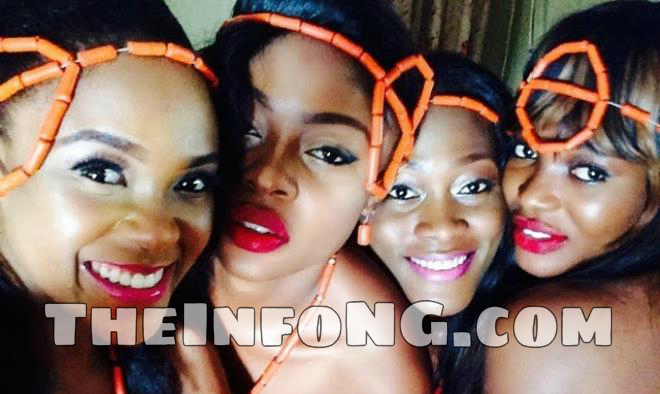 During the festival, unmarried and undefiled young women of Amanta in Ameke community of Abiriba Kingdom (also called Nmaku Eziali maidens) participate in the dance session of the festival. They dance almost naked. According to the norm, no defiled maiden must join in the nude dance; this is because it is believed that the repercussion is very grave.

It is said that during this dance period, any of the young women who is old enough to be married can get a delectable suitor if he gets attracted to her while dancing. There is usually great excitement heralding this dance especially to the young men who sees it as an opportunity to get their brides, as some of them will tie palm fronds on the legs of their desired brides. That is called ‘Igbai Omu’ in the traditional Abiriba language, meaning that the maiden has been taken and other suitors should not go near her.

The dance begins as early as 6 a.m at the Obina Dance Square in Amanta with the Nmaku Eziali maidens leading the troupe, looking beautiful in their ‘okara akpuru ikpakpa’, a type of wrapper designed with corn seeds, with their beads on their waists and nzu (local chalk) designing their bodies.

However, civilization and the embrace of Christianity has reportedly changed so many aspects of this dance as in the olden days, the maidens used to dance unclothed but as you can see below, they cover their lower parts and leave the boobs open. This year’s edition happened yesterday, Saturday 12, and here are more photos from the event below: