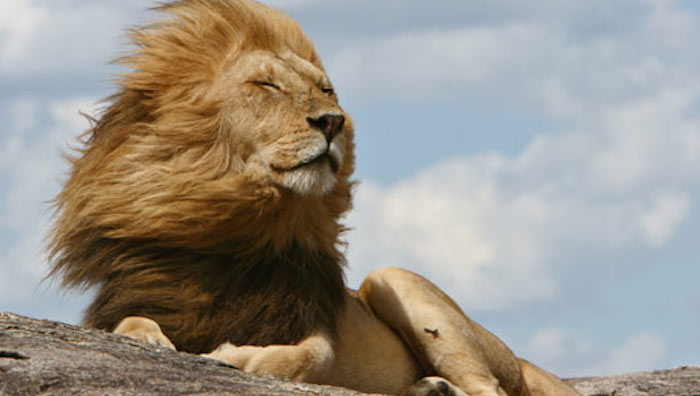 Facts about lions: The lion has forever been a symbol of strength, power and ferocity.  During WWF tours to Africa, seeing the majestic species up-close is sure to be a spine-tingling experience. The females in the pride tend to do the majority of the hunting. They work as a group and use intelligent hunting tactics to catch prey which they would not be able to catch alone as they are faster than them.

Lions enjoy relaxing and lazing around. They spend between 16 and 20 hours each day resting and sleeping. They have few sweat glands so they wisely tend to conserve their energy by resting during the day and become more active at night when it is cooler.

African lions are the most social of all big cats and live together in groups or “prides.” A pride consists of about 15 lions.

Male lions defend the pride’s territory while females do most of the hunting. Despite this, the males eat first.

Prev post1 of 4Next
Use your ← → (arrow) keys to browse
Tags: countdownFacts about lionslifestylelionsstaff
Share12Tweet8Pin3SendShare