The 10 most surprising celebrity breakups of 2015 (+Photos) 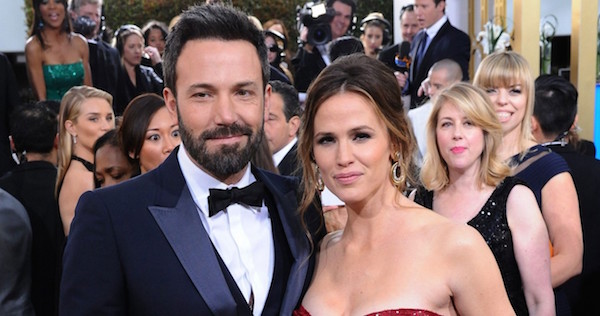 Most surprising celebrity breakups of 2015 – It’s always said that celebrities are nothing like us, and in the realm of love and relationships, they’re not. While lots of us will spend some time in the dating game going out with duds, eventually we’ll find someone pretty amazing and settle down.

We’ll get married and start a family, and maybe we’ll remain married all our lives. If not, we’ll probably find someone else to spend our time with who’s still pretty rad and maybe even remarry again. With your favorite actors, musicians, and sports stars, though, it seems almost impossible for them to hold down a relationship. Surviving a few months together is a milestone. Celebrity reporters nearly have a heart attack if that cute new couple makes it to a year.

Then there are the rare celebrity couples who avoid the spotlight and the tabloids. You don’t hear about them much, and maybe they only appear together to support the other on set or on the red carpet. These pairs seem more like the ones that you know in your daily life; they’re strong, happy, and in love. Even though one or both parties are famous, none of that matters. Sadly, 2015 hasn’t been very kind to celebrity couples like this. A handful of twosomes that seemed like they’d never split up have called it quits, breaking our hearts a little bit more and more each time we hear an announcement like this. Maybe grab a few tissues before you read on.

They only dated for eight months, but when rapper Big Sean and pop sensation Ariana Grandebecame a couple in October of last year, they were seen so often in public and captured on video by the paparazzi that the relationship became a big deal. Before dating Grande, Sean had first been with his high school sweetheart, whom he got into a relationship with when he was just 16. Then he was engaged to Naya Rivera, but that twosome (perhaps a rebound), fell by the wayside.

Sean and Grande would often post cute Instagram love notes to each other, and they looked pretty adorable at this year’s Grammy Awards. However, a few months after we had forgotten all about who won the big gold statues, the couple called it quits. Given that the “Problem” singer is still a very ripe 22 and Big Sean is 27, the age difference could have been a contributing factor. What’s saddest of all is that reports claim that the two actually hate each other and will go to great lengths to avoid one another. Ouch. It must have been one messy breakup.

Top 15 most terrifying serial killers of all time – Their evil deeds will shock you! (With Pics)