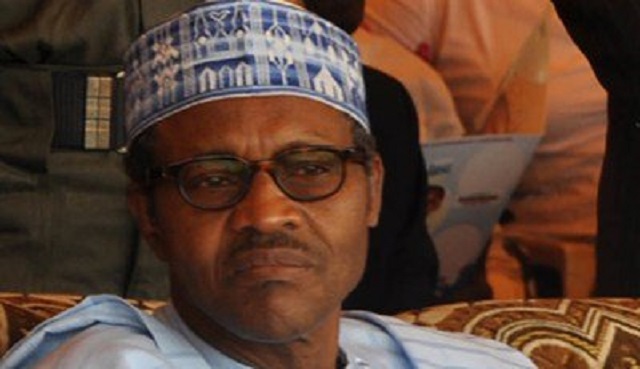 Hassan quoted Buhari’s statement dated back to 2001: “God willing we will not stop the agitation for the total implementation of the sharia [law] in the country.”

However, Buhari changed his point of view on imposing the sharia all over Nigeria after becoming Nigeria’s president: “I haven’t been voted by a majority of Nigerians to change Nigerian constitution [therefore] I can’t change it”, Buhari told explaining that some sharia punishments such as stoning to death for adultery and extremities’ cutting off for stealing contradict Nigerian laws and the constitution.

Besides that Buhari refused to acknowledge the allegations against him about human rights violations as the military ruler of Nigeria in 1980s. “If there is any injustice that can be proved against me when I was there, I will gladly apologise,” told Buhari.

Muhammadu Buhari also re-emphasized that he is determined to defeat Boko Haram insurgency by December this year, but at the same time acknowledged that he is ready to sit down at the negotiating table with the Boko Haram militants to secure the release of the Chibok girls.

“They have to prove to us that they are alive, they are well, and then we can negotiate with them,” told Muhammadu Buhari his conditions of the negotiations with the members of the dreaded Islamic sect.

Speaking recently about Boko Haram President Muhammadu Buhari said: “Nigeria will not negotiate out of fear”.

President Muhammadu Buhari has taken part in “UpFront”, a programme on Aljazeera English on October 16.

The president assured Nigerians that he would defeat Boko Haram by the end of 2015 and “as soon as the rainy season comes, which is by the end of the year… Boko Haram will virtually be out of their main stronghold and that will be the end of it”.

Speaking about the Shari’a law that is supported by Boko Haram militants, the president said:

“Nigerians have the right to worship any religion, but no religion advocates hunting the innocent. You cannot kill innocent people and shout ‘Allahu Akbar’… Boko Haram is anything but Islamic,” he concluded.

20 Extremely hot women Mario Balotelli has slept with (With Pictures)

5 ways to use your hands during a kiss – Guys, see this to become a pro!